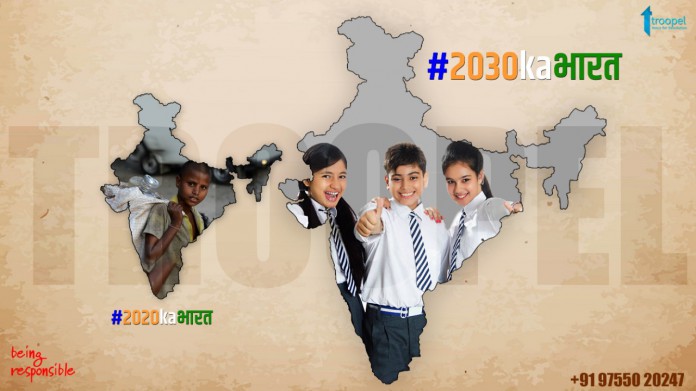 A total of 17 targets have been set by the Government of India, such as zero poverty, zero starvation, good health, and education equality for the sustainable development of 2030 India. By fulfilling these goals, the vision of a golden India can be made true by strengthening India’s infrastructure. However, the role of the people in this campaign has been described as important. Keeping this in mind, the NGO Being Responsible and online platform Troopel.com have jointly taken the initiative to make society and administration aware of these goals.

Giving more information about this, Mr. Atul Malikram, the founder of troopel and co-founder of Being Responsible, said “These goals of sustainable development have selected the subjects that India has been grappling with for the past several years.” By conquering the goals, many dimensions such as poverty, hunger, quality education, good health, and well-being can be given a new direction in India. For this, the basic message to the society as well as the government sector in collaboration with Being Responsible and Troopel. Also, a series of all the targets of sustainable development is being run on the troopel. Along with this, sending a letter for Being Responsible to the Government Department and requesting attention for all the small and big needs.

Being responsible is a non-governmental an organization that works to make society realize its responsibilities. Being responsible, set an example for all the institutions of society, took responsibility for the education of the girls, and took care of various expenses ranging from tuition fees of more than 35 girls to their books, stationery, winter-summer school uniform. The institution has often organized various programs in honour of senior citizens. Troopel is the country’s fastest-growing online social platform, which focuses primarily on political, infrastructure, and social issues. It serves to bring truth and facts to its audience. Being responsible and Troopel.com are committed to conquering the goals of sustainable development and discharging social responsibilities.

Enroll Now – Learn To Prepare For Tests and Exams Tutorial