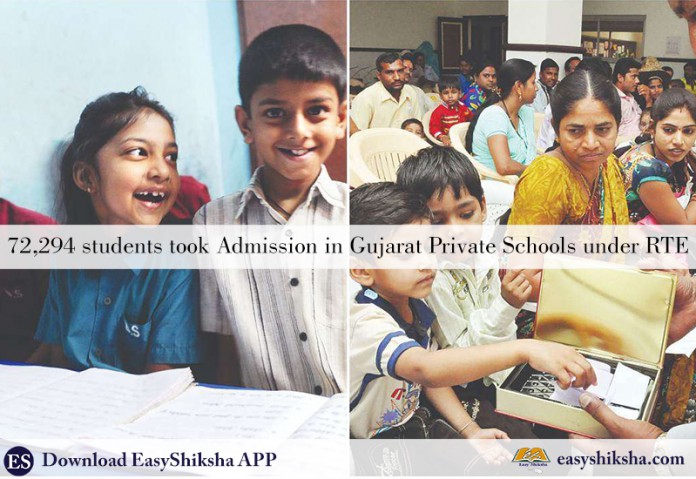 Gujarat Govt. told Guj HC that 72,294 students from week part of the society got admissions in Gujarat Private Schools under the RTE. A social activist Chandravadan Dhruv filed a PIL due to the delay in admission under the RTE act. In the response to this PIL state government told the division bench of Chief Justice R Shubhash Reddy and Justice V M Pancholi that total of 1,87,660 application are received for 1,12,265 seats in academic session 2018-19.

Private schools admitted 72,294 students from the weaker sections of society under the Right to Education Act, it said. The government also said that respective DEOs (district education officer) and DPEOs (district primary education officer) were issued letters, dated July 11 this year, instructing them to hold meetings with schools in order to provide proper environment for children granted admission under the RTE Act.

“Schools are instructed to conduct pre-admission meetings with the parents of those children who were granted admission under the RTE Act, for overall development of children,” the government added.