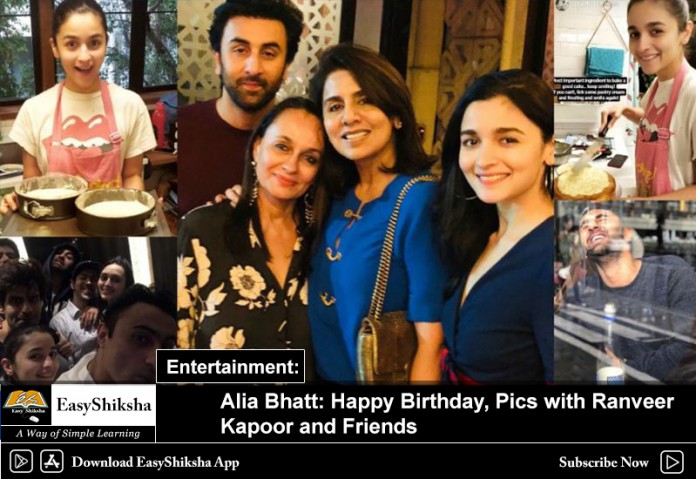 Happy Birthday Alia Bhatt: Bollywood actress Alia Bhatt has been 26 years old. Born on March 15, 1993 at the house of famous filmmaker Mahesh Bhatt and Actress Soni Razdan, the number of Aliya is counted in those Celebs who have made their mark in the industry at an extremely young age. Alia herself has set herself as one of the best actresses in her six year career.Perhaps that is why he is also a favorite of many Bollywood stars.

Alia Bhatt, who grew up in Mumbai, completed her studies at Jamnabai Nursery School. After that, in 2012, he stepped into the industry with Dharma Productions ‘Student of the Year’. The film was a hit and Alia’s career caught up with the pace.

She cut the cake with her mother Soni Razdan, while girls in attendance sang the birthday song. The bash was an intimate affair, attended by close friends and family members. Reportedly, Ranbir Kapoor and Karan Johar also attended the party. Alia’s friend and designer Masaba Gupta took to Instagram to wish the actor a happy birthday. She wrote,”You were pure magic since we were babies… and you continue to be pure magic… Happy birthday Alu.”

You were pure magic since we were babies …. and you continue to be pure magic…. Happy birthday Alu. 💕 @aliaabhatt

Bhatt’s choice of roles might be daring, but her instinct seems to be spot on as most of her films have been commercially successful.Her last film, Raazi, set against the backdrop of the 1971 India-Pakistan war, grossed over ₹123 crore at the domestic box office last year. She played an undercover RAW agent married into a Pakistani family of military officials. “Of course, a ₹100-crore film is not a big barometer of success today. But for a mid-size film, it is a big deal. To deliver a film like Raazi, which was riding completely on her shoulders, is a big achievement and a giant leap forward,” says Adarsh. Her 2017 release Badrinath Ki Dulhania, a Karan Johar production, also crossed the ₹100-crore mark in the domestic market.