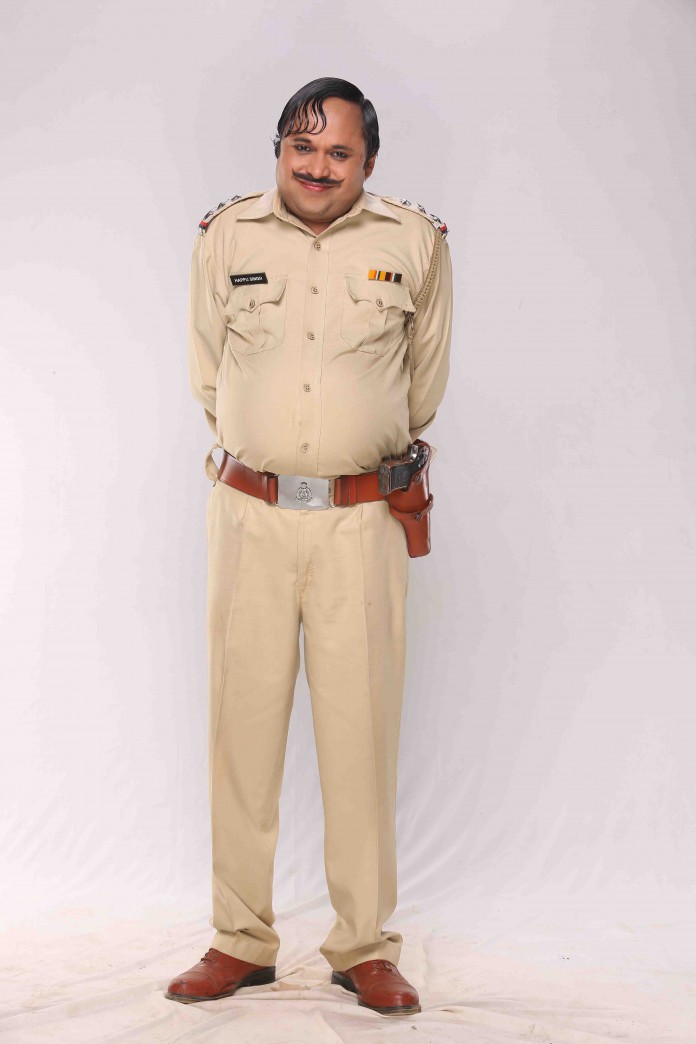 Yogesh Tripathi aka Daroga Happu Singh is undoubtedly one of the most loved characters on Indian television. Sporting a potbelly, he has also etched a special place in the audience’s heart especially for his catchphrase ‘Niyocchavar Kar Do’, and for his distinctive behavior of chewing paans. But there is one more peculiar thing about him that makes him stand out – which is his moustache ! Several people have loved his moustache so much and have often complimented that ‘Mooche Ho Toh Daroga Happu Singh Jaisi Ho – Dharadar Nokeeli Mooche.’

Reminiscing his character and its handlebar mustache, Yogesh Tripathi aka Daroga Happu Singh speaks about how is looking forward to donning his favorite Dharadar Nokeeli Mooche once again!

And, if you think that it’s only Happu who is possessive about his moustache, then you may want to revisit the show! His DabanngDulhaniya Rajesh played by Kamna Pathak is in awe of his mooch so much that she has created a song on it and hums it all the time. It goes like, ‘Saiyan moochenakataiyon varna mar Jayenge hum, Teri mooch ke liye to Kuch Bhi Kar Jayenge hum.’ Many a time during shoot and off-camera, Kamna hymns the lines in awe of Happu’s moustache and it has indeed become a statement of sorts.

Speaking about it, Yogesh Tripathi says, “It has been a while to have seen myself as Happu Singh entertaining viewers and fans with his situational jokes and one-liners. The character is quite well defined having its peculiarity like the pot belly, oil-slicked hair, sharp-edged moustache, chewing paans and using the catchphrase ‘niyocchavarkar do’ that has struck a chord with the audience. Many times, people call out to me as Happu instead of Yogesh. And that only goes to show how much they love and appreciate this character. I have missed my role of Happu Singh a lot during this lockdown time. And I am eagerly gearing up for the shooting. But until that starts, all I want to say is that Areeee Dada, Hum Toh Taras Gaye Hain MoocheLagane Ko!”

Yogesh Tripathi is all excited to gear up for the shoot. So, get ready to watch your favorite Daroga Happu Singh and his undying thirst for nyochaavar in all-new episodes of ‘Happu Ki Ultan Paltan’ coming soon only on &TV