New Delhi, January 27, 2022: BharatPe, India’s leading fintech company for merchants, today announced that it has ramped up the reach of its POS business (BharatSwipe) by 25X to 250+ cities in the last 12 months. Since the launch of its POS business in the second half of 2020, the company has deployed more than 1.25 lakh BharatSwipe machines across offline shops. Achieving this rare feat in a short span of close to 1.5 years, BharatPe has scripted history as the fastest-ever scale-up on POS business in India.

BharatPe, that is the No. 3 private POS player in India, also announced that the company has witnessed 200% growth in the annualized transaction value from its POS business, over the last 12 months. BharatSwipe now contributes about 25% to the overall payments Transaction Processed Value (TPV) of the company. The phenomenal growth can be attributed to the expansion of the company’s POS business in non-metro cities, with more than 50% of BharatSwipe machines being deployed in tier 2/tier 3 towns and cities since 2021. BharatSwipe has been universally adopted by small merchants and retailers across categories including grocery, food & beverage, electronics and durables, among others.

Speaking about the aggressive expansion, Mr. Suhail Sameer, CEO, BharatPe, said “BharatSwipe has been the biggest growth story in India’s POS industry- from making a humble beginning with 10 cities in the middle of COVID in 2020, to processing US$4 bn payments annually today. Over the course of last year, we have witnessed multi-fold growth in our POS business, led by our aggressive expansion plans in tier-2, 3 and 4 towns and cities. We realized that a large number of merchants in the smaller cities have not used a POS machine ever, owing to the traditional high rentals associated with POS and hence, took it as an opportunity to push our zero-rental POS machines. We were able to take POS to several small merchants in last-mile areas with low digital penetration like Alappuzha, Azamgarh and Chalisgaon. In fact, over 60% of our merchants are first time POS users.”

Added Suhail, “The transition to digital payments offers a range of benefits for the merchants and the economy at large- including customer delight in the times of pandemic, better record of transactions and most importantly, access to credit. The addition of POS enables us to further assess the financial strength of a merchant from his daily transactions and thus, facilitate business loans as per the merchant’s eligibility, in partnership with NBFCs.”

BharatSwipe is India’s first zero-rental card acceptance machine that offers merchants the option for zero transaction fees. Launched in the middle of COVID in 2020, BharatSwipe received a great response due to its disruptive business model. With BharatSwipe, merchants can also generate physical receipts for both QR transactions done on BharatPe UPI QR.

In August last year, BharatPe announced a strategic partnership with Axis Bank. As a part of the association, Axis Bank became the acquiring bank for BharatPe’s point of sale (POS) business, BharatSwipe, and enables the acceptance of credit and debit cards for merchants associated with BharatPe.  BharatPe will continue to ramp up strategic partnerships with banks, financial institutions and brands with the objective of enhancing the customer experience on its POS devices. The company targets to reach US$ 30 billion TPV on payments through both QR and Swipe by March 2023.

BharatPe was co-founded by Ashneer Grover and Shashvat Nakrani in 2018 with the vision of making financial inclusion a reality for Indian merchants. In 2018, BharatPe launched India’s first UPI interoperable QR code, the first zero MDR payment acceptance service. In 2020, post-Covid, BharatPe also launched India’s only zero MDR card acceptance terminals – BharatSwipe. Currently serving over 80 lakh merchants across 150 cities, the company is a leader in UPI offline transactions, processing 11 crores+ UPI transactions per month (annualized Transaction Processed Value of US$ 17+ Bn). The company has already facilitated disbursement of loans totaling to over ₹3000 crores to over 300,000 merchants, since launch. BharatPe’s POS business processes payments of over ₹1,400 crores/ month. BharatPe has raised over US$ 650 million in equity and debt, till date. The company’s list of marquee investors includes Tiger Global, Dragoneer Investment Group, Steadfast Capital, Coatue Management, Ribbit Capital, Insight Partners, Steadview Capital, Beenext, Amplo and Sequoia Capital.  In June 2021, the company announced the acquisition of PAYBACK India, the country’s largest multi-brand loyalty program company with 100 million+ members. In June 2021, it was also given an in-principle approval by Reserve Bank of India to establish a Small Finance Bank, in partnership with Centrum Financial Services Limited (Centrum), the established and profitable NBFC arm of the Centrum Group. In August 2021, BharatPe forayed into the consumer space with the launch of its first-of-its-kind consumer investment+ lending product- 12% Club. In October 2021, the consortium of Centrum Financial Services Limited (Centrum) and BharatPe, was issued a Small Finance Bank (SFB) license by the Reserve Bank of India (RBI). BharatPe also made its grand entry in the Buy Now Pay Later segment with the launch of postpe in October 2021.

ALSO READ: Hyderabad based All India Robotics Association today on the eve of Republic 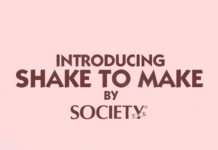 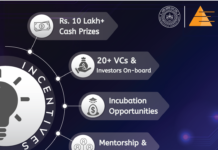