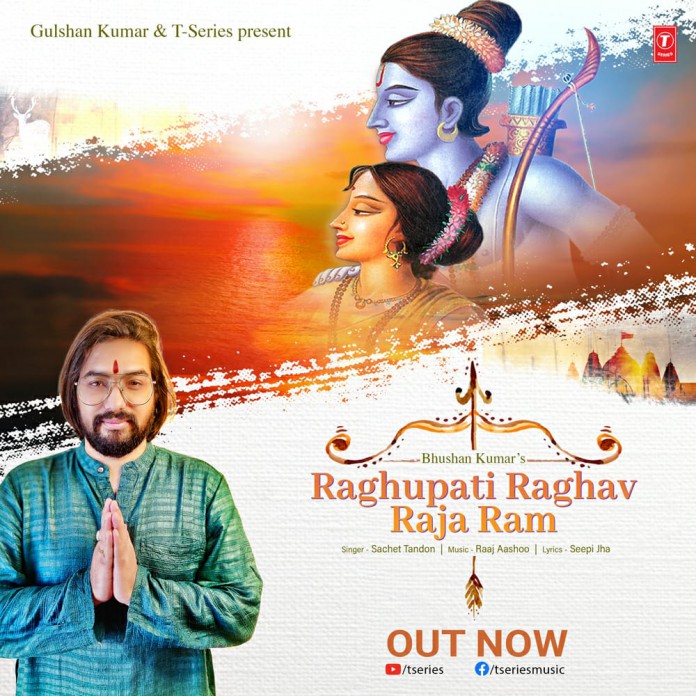 The devotional song is out now on T-Series’ YouTube channel

With his unique and soulful voice, T-Series artist singer-composer Sachet Tandon became a household name with the stupendous success of ‘Bekhayali’ from Kabir Singh. The song released under the T-Series label catapulted Sachet to new heights and continues to remain one of the most popular songs of all time. Sachet also has to his credit hits such as Ghamand Kar from Tanhaji: The Unsung Warrior among others.

The music company and the talented singer have now come together for a spiritual, modern-day rendition of ‘Raghupati Raghav Raja Ram’, the all-time popular bhajan. T-Series has always been a frontrunner in the space for devotional music which has always been widely popular with the listeners, right from the time of the inception of the company. They now present this devotional bhajan with vocals by Sachet Tandon.

With Music by Raaj Aashoo and lyrics by Seepi Jha, the song’s music has been produced by Anmol Daniel. The music video features famed religious spots across the country and upholds the virtues of Lord Ram and Sita.

Talking about his experience of singing this song, Sachet Tandon says, “The experience of recording this rendition was very satisfying and enjoyable because the approach had to be new and unlike anything I’ve done before, which was exciting. I was and still am a very big fan of this melody since my childhood days. I hope people like the new rendition and make it a part of their daily life.”

Says T-Series head honcho, Bhushan Kumar, “Lord Ram has always been the embodiment of the highest virtue and righteousness. This devotional song has always brought a lot of peace and joy to listeners all over the world, which is the need of the hour. Apart from striving to deliver the best in entertainment-related music, we at T-Series, have also kept alive our tradition of devotional music and tried to make it relevant to the younger audience wherever possible along with avid listeners of bhajans in India.”