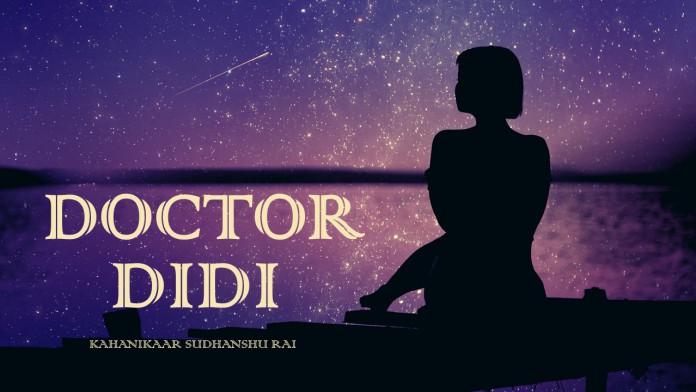 There are times when some people depart for the heavenly abode without fulfilling their deepest desire or completing a task in hand. It is believed that this sense of incompleteness does not let a few departed souls rest in peace and that they return to conclude the journeys left in the middle. Prominent storyteller Kahanikaar Sudhanshu Rai’s latest Hindi short horror story ‘Doctor Didi’ takes its origin from this very belief and touches upon our sense of inner sensitivity that in many ways defines the humans that we are. The protagonist of story is a boy named Sonu, who hails from a poor background but aspires to make a name for himself in the medical fraternity.

Son of a rickshaw puller, Sonu is determined to fight against all odds and crack the medical entrance examination. His struggles to manage even his daily meals do not dent his conviction towards pursuing medical studies. He works as a labourer and a rickshaw puller during daytime and tries to study during the night hours without any help or guidance. Every night, Sonu forgets all the ordeals faced during the day, finds a lighted place near the roadside and gets on with his studies.

One night he discovered a well-lit spot outside the city university and made it his study zone for every night. And once when he was engrossed in his books, Sonu found a young lady standing before him and observing his acts. As a conversation initiated between the two, the girl asked Sonu as to what he does there every night. Impressed by Sonu’s response, the university student offered to teach him without any fee. What followed was a daily two-hour study session for Sonu with his new favourite ‘Doctor Didi’.

Did Sonu’s ‘Doctor Didi’ finally help him achieve his dream? What happened when Sonu went to meet ‘Didi’ at her hostel after his exams? Why the mere mention of Room No 33 sent chills down the spine of the hostel guard? Was ‘Doctor Didi’ a blessing in disguise or an encounter with horror in Sonu’s life? To unravel the mystery behind ‘Doctor Didi’, listen to the latest story by Kahanikaar Sudhanshu Rai: