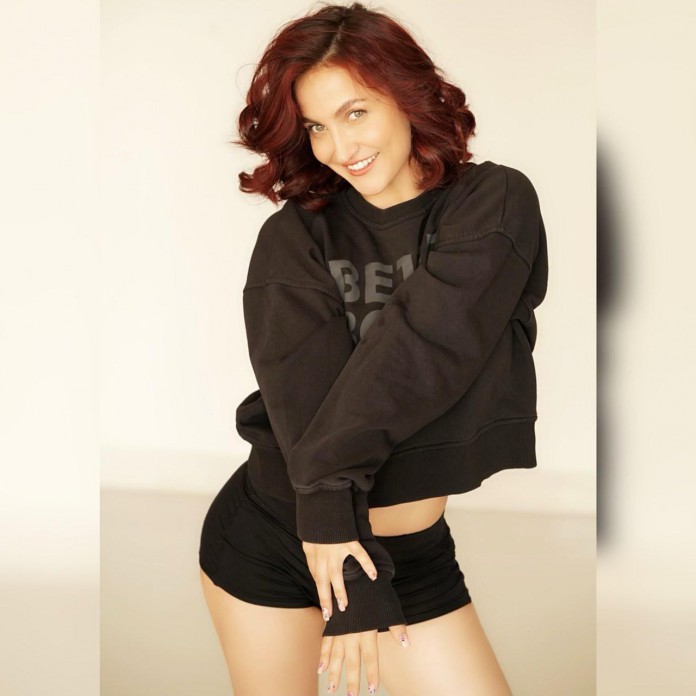 Earlier this year, Elli AvrRam stunned everyone with a brilliant performance in Mohit Suri’s Malang. With most crediting hers as one of the top acts in the action thriller, the actress has been flooded with several big offers from industry bigwigs. On her birthday today, Elli is all set to make a special announcement about her next project. Elli has been officially signed on board as one of the leads in Gaurang Doshi Productions’ upcoming web series 7th Sense.

With that, Elli AvrRam will also join the star-studded cast of the digital show with the likes of R Madhavan, Ameesha Patel, Prateik Babbar, Ronit Roy, Chunky Pandey, Tanuj Virwani, Aashim Gulati, Sana Saeed, Ahsaas Channa, Dibyendu Bhattacharya, Sajjad Dela Frooz and Manuj Sharma who are already part of the project. It’s a huge ensemble thriller that is being readied under the patronage of His Excellency Suhail Mohd. Al Zarooni, an Emirati businessman, Guinness World Record holder and Ambassador at Large, Dubai, and will be filmed in the UAE.

Elli is enthralled with the news and shares, “I don’t really know how to express in words how excited I am to get back to a set, to step into a character and just live that character, be that character and just shoot. The moment I knew that this project is being produced by Gaurang Sir, I mean I already knew it’s a brilliant script because he is that one producer who is extremely choosy and he has that brilliant eye for what is great. I feel so blessed and grateful that Sir is putting his belief in me, for letting me be a part of this show.” 7th Sense is touted to be an edge-of-the-seat murder mystery that will take the audience by a huge surprise.

The birthday girl further adds, “So it’s a murder thriller mystery that’s going to be shot on a huge scale and in a very different way from what we’ve normally seen before. And I’ve got a very strong role which I’m super excited about.” Shooting for 7th Sense, directed by Karan Darra, begins in the first week of August in the UAE, with limited crew members and the star cast.