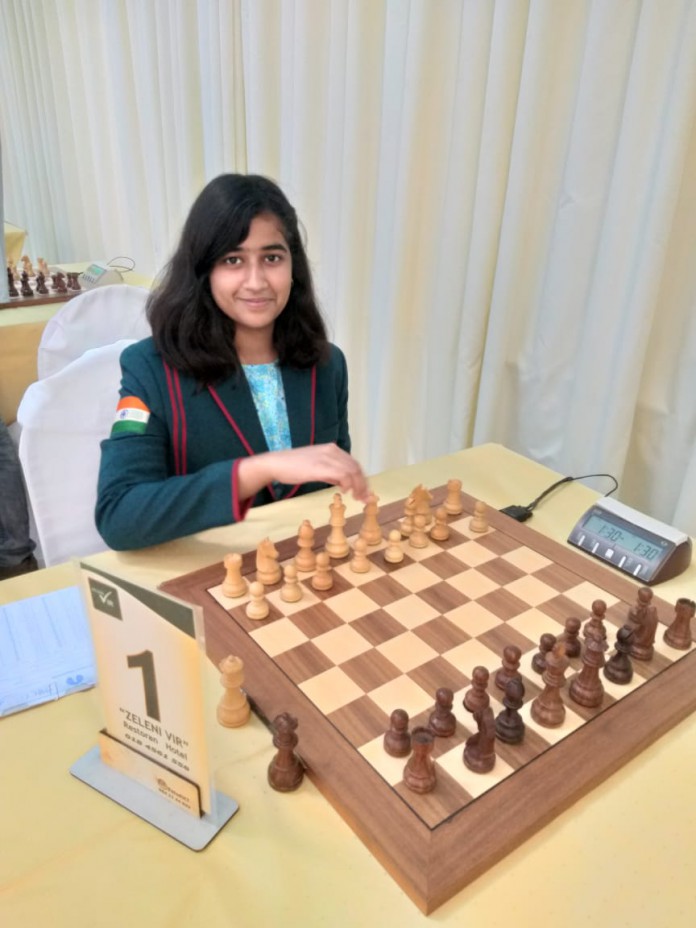 New Delhi/Gurugram: Tanishka Kotia, an 11th Grade student at Suncity School, Gurugram recently played marvelously in an open tri-series in Serbia defeating number of IM and WIM and reached to the top of boards. She added 300+ Elo points and moved from 1900 to 2200 in one month. Adding to her bag of achievements, Tanishka has secured 2nd All India Rank and 5th in Asia rank in U-16 category by Fédération Internationale des Échecs (FIDE) or World Chess Federation rankings. She has also made it to the Top 20 international chess players securing 19th position.

The teenage inspiration Tanishka has represented India in Asian and commonwealth games. She won Silver Medal in Commonwealth Chess Championship at Scotland in year 2014. She started playing chess at a tender age of 3 years and won her first professional tournament creating a record of youngest chess player in Limca book of records 2008. She was honoured with ‘Woman FIDE Master’ title in 2013 and is the only title holder from Haryana.

Congratulating and praising Tanishka for her commendable performance, Mrs. Rupa Chakravarty, Director, Suncity Schools said, “A girl who has set benchmarks for others to emulate since the age of four which has not been attained yet in India, is carving a niche for herself. It’s time a girl stormed the bastion and attained the pinnacle to set a precedent.”

Tanishka’s hard work has added numerous accolades to her achievements. She went on playing in number of international tournaments since then viz. Indonesia, Brazil, Thailand, Vietnam, Scotland, Czech Republic, France and recently in Serbia. Last year she won first prize in France. Currently, she has 50 medals to her name and has a FIDE rating of 2164 as of August 2019.

Tanishka’s father, Mr. Ajit Kotia’s joy knows no bounds hearing about her daughter’s achievements. He said, “We are very happy and proud of Tanishka and her achievements. She puts a lot of hard work in chess and her academics equally. She has maintained a graceful balance between her studies and her passion for chess and that’s evident from her Class 10th board results. We are very grateful to the Suncity School and all her teachers for being the greatest pillars of support in fulfilling her dreams.”

She achieved the International FIDE rating at the age of 6 years only, the age when most of the renowned players like Magnus Carlson, Viswanathan Anand started learning chess. In year 2010, Tanishka played in National Under 7 and won Bronze medal, selected in national team and went on to participate in World Under 8 at Brazil in year 2011. After that participation in international tournaments/Championship continued and she won her WFM (Women FIDE Master title) in year 2013 by winning gold medal in Thailand.

An overwhelmed Tanishka shared her experience and said, “Chess is my passion and I have really worked hard to achieve this 2nd national rank and 5th Asian rank. I feel great and motivated to achieve more such milestones, to be the Rank-1 player in the world. My dad is my inspiration, he engraved this passion for chess in me.”

Talking about chess and her life, she said, “Finding a balance between tournaments and my studies has been tough but my school has been a very big support for me. My ultimate goal is to become a Grandmaster and take up Chess as the profession.”

Last year, Tanishka was selected for the World Junior Chess Championship 2019 and she is working hard towards winning this tournament.