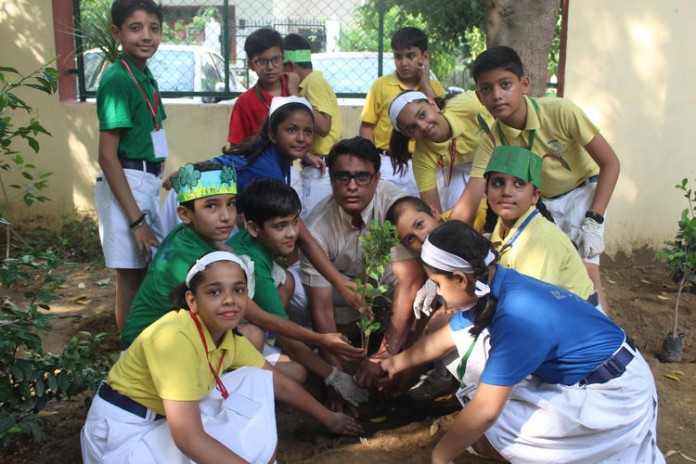 Gurugram: “I am no bird; and no net ensnares me: I am a free human being with an independent will.” Charlotte Bronte declared in her nineteenth century novel Jane Eyre, loud enough for history to hear and awake. However, Haryana rose a fortnight ago to suffer, yet again, the disgrace of another girl child being dumped in a drain. The shocking incident presents a stark contrast to the claims of the government that seek to establish a better reputation of the state. One of the worst performers in terms of sex ratio, Haryana needs to take inspiration from Piplantari village in Rajasthan. Its exemplary tradition of celebrating the birth of a girl child by planting 111 trees has a twofold lesson for the state with the lowest percentage of its geographical area under forest.

The issue of women empowerment in India has grabbed attention time and again. With several laws and campaigns already in practice, there is still felt a recurring deficiency. In addition to governmental agencies and policies, several social activists and NGO’s have also been making determined efforts in this pursuit. Rakesh Daulatabad’s Parivartan Sangh, for instance, has been active in Gurugram for more than a decade providing free bus services for female students, opening stitching and tuition centres and extending scholarships.

Expressing his sadness over the incident, Rakesh Daulatabad mentioned the proud example of the Rajasthani village, “I appreciate the tradition of the people of Piplantari village in Rajasthan who plant saplings once a girl child is born in that village. They don’t consider any girl financially burdensome.” The village holds key to two of Haryana’s worst problems- low sex ratio and depletion of forest cover. “I urge everyone to take a lesson from Piplantari”, insisted the Parivartan Sangh founder who has been running a drive of planting NASA approved saplings.