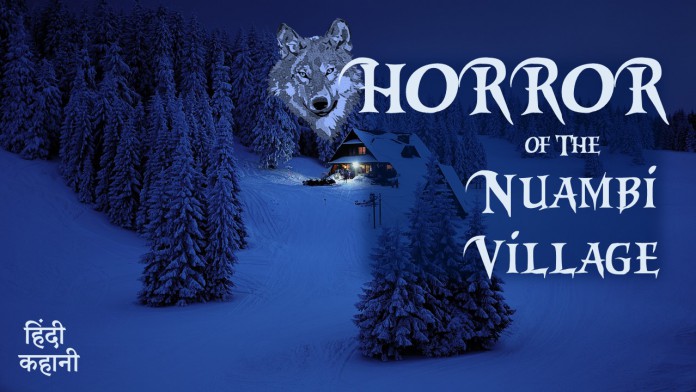 Horror of the Nuambi village: A tale full of chills from the snow-clad land of Antarctica by Kahanikaar Sudhanshu Rai

While growing up, we were told innumerable tales about places on Earth where the Sun does not set or rise for months at a stretch. During that phase, we believed those tales to be works of fiction but later in life we realised that it was all true. Gradually, we also got information about the remote geographical whereabouts of such destinations. Kahanikaar Sudhanshu Rai’s latest Hindi horror story, ‘Horror of the Nuambi Village’, is set in one such place in Earth’s southernmost continent Antarctica.

The protagonists of the story are Rupert and Kartik, two noted scientists from the US who were sent to the Nuambi village to study the life and climate of the region where life is not the same as in other parts of the world. The village receives sunlight continuously for a period of six months and what follows is an equal period of stark darkness. Towards the end of the sunlight phase, all residents of the village migrate from the region. This annual practice is propelled by the assumption that some evil power takes over the region during darkness, and animals of unidentified species roam around the area.

As fate would have it, Rupert and Kartik arrive in the snow-clad village on the last day of sunlight. They are slated to stay in a cottage which is home to an old lady. Though their visit is scheduled for two months, they are informed by the old lady upon arrival that she has stored six-month ration for them and that she would be leaving the place by the same evening. Even as they are bewildered by the happenings around, they decide to brace themselves for any eventuality.

What followed the old lady’s departure was not something they had imagined even in their wildest of dreams. Within a span of hours, their cottage was surrounded by creatures they had never come across during any of their expeditions. Things worsened when those weird species made their way into the cottage, leaving them with no option but to rush to neighbour Christopher for help.

Which unexpected creature appeared outside their cottage as the darkness loomed? Who was the axe-wielding giant-like person they saw while rushing to their neighbour? How the two scientists managed to finally get in touch with their superior in the US to seek help? The answers to these mysteries can be unraveled by listening to the chilling tale of Nuambi village in the words and voice of Kahanikaar Sudhanshu Rai. While two parts of the story has already been released, the third part will see Detective Boomrah coming to the rescue of the protagonists who are stranded in a nightmarish situation.