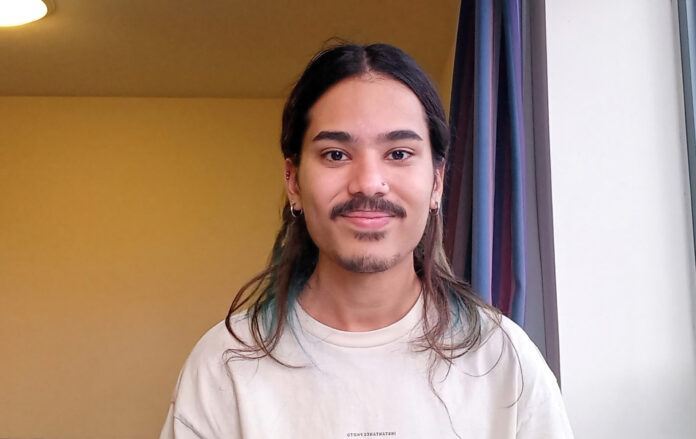 Rajvir Singh, a Bangalore student, has been named as the recipient of the 2022 Jainti Dass Saggar Memorial Scholarship for Excellence. The prestigious scholarship honouring Scotland’s first non-white elected politician, worth £5,000, is given to an aspiring student from India each year who reflects the values of Dr Saggar.

Born in the Punjab in 1898, Jainti Dass Saggar travelled from India to study at the University over 100 years ago, and went on to become a successful doctor and politician. Having dedicated his life to supporting people in his newfound home of Dundee, this scholarship both honours his legacy and supports a student who also aims to give back to their community.

Rajvir, who came to Dundee to study Psychology with French, explained that his personal experiences with mental health lay behind his choice of course.

He said, “I wanted to study Psychology because I, like many others, have struggled with mental health. Even though support is available in India, there’s a lot of social stigma around it, so I did not have access to it. I’m very grateful to have been awarded the Saggar Scholarship. My hope is to use my education to become a therapist, so I can be the kind of support for others that I didn’t always get.”

Also Read: Looking for a career in music?

After graduating, Dr Saggar became a local GP. He served on the boards of various education and welfare bodies and was elected to Dundee Town Council in 1936, serving as a Labour councillor for eighteen years until his death in 1954. His many contributions to social and political life are evident from his inclusion in the Oxford Dictionary of National Biography, and the city’s Saggar Street is named in his honour.

True to the values of Dr Saggar, the University of Dundee is committed to supporting its students from all backgrounds, and the Saggar Scholarship is just one way in which they are able to do this. Rajvir has also been awarded the Global Excellence Scholarship, worth £6,000 per year, which is given to students who show excellence through their academic activities and have travelled internationally to study in the UK.

“I did not want to study anywhere other than the UK,” continued Rajvir. “The US is too expensive, and although I applied to a few Asian countries, their education system is not suitable for English-speakers. Plus, the UK is really good for psychology. The BPS accredited courses are amongst the best in the world, so I wanted to come to the UK.”

Rajvir says there are many reasons why he is glad to have chosen Dundee as his study destination. The course not only combines his two biggest passions, psychology and languages (of which Rajvir can speak seven!), but it is also taught by lecturers who share that passion. The 18-year-old is quickly settling into life in his new home, having already explored many of the shops and cafes the city has to offer, but he mostly credits the people of Dundee for his experience so far.

“All of my lecturers have been so nice,” he explained. “I particularly like Dr. Yuki Kamide. The way she teaches is really fun and shows her passion for the subject. Even when they are teaching something which I’m not as interested in, they grasp my attention with how passionately they speak. That’s how I would want to teach if I was a lecturer.”

“Life here is different, but not in a bad way. The people are amazing and so welcoming. It doesn’t feel like a place where I will always be a foreigner. I don’t even miss home, it already feels like home here.”

The city of Dundee, Scotland, has been named the most affordable place for students to live in the UK (Oxford Royale 2021). The University of Dundee invests heavily in scholarships to support the education of students from all backgrounds.