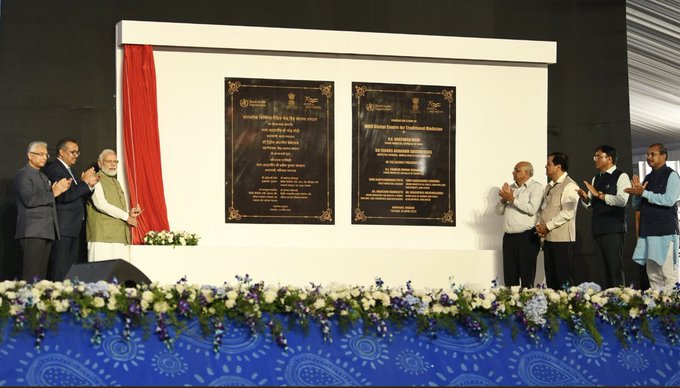 By giving the slogan ‘One planet our health’ WHO has promoted the Indian vision of ‘One Earth, One Health – Prime Minister Narendra Modi

Jamnagar, April 19, 2022: The Prime Minister Shri Narendra Modi laid the foundation stone of WHO Global Centre for Traditional Medicine (GCTM) in Jamnagar, Gujarat. Groundbreaking ceremony was attended by Prime Minister of Mauritius Shri Pravind Kumar Jugnauth and Dr. Tedros Ghebreyesus, Director-General, World Health Organization (WHO). The Ministry of Ayush and the World Health Organization (WHO) is establishing world’s first and only Global Centre for Traditional Medicine (WHO GCTM) in Jamnagar, Gujarat.

Speaking on this occasion Prime Minister Shri Narendra Modi said, “The WHO Global Centre for Traditional Medicine is recognition of India’s contribution and potential in this field. India’s traditional medicine system is not limited only to treatment. It is a holistic science of life. India takes this partnership as a huge responsibility for serving the entire humanity.”

Prime Minister also mentioned that the world is looking for new dimension of health care delivery today. I am happy that by giving the slogan ‘One planet our health’ WHO has promoted the Indian vision of ‘One Earth, One Health’. It is a matter of immense pride for India that 2023 has been chosen as the International Year of Millets by the United Nation.

The ceremony commenced with Union Minister of Ayush Shri Sarbananda Sonowal and Minister of State Dr. Munjpara Mahendrabhai Kalubhai felicitating dignitaries by presenting them with a shawl and recitation of Ganesh Vandana.

WHO global center of traditional medicine is a major milestone for entire Southeast Asian Countries. This was acknowledged by Prime Minister of Bangladesh, Nepal and Bhutan through recorded video message telecasted at the ceremony.

Addressing the audience, Union Minister of Ayush Shri Sarbananda Sonowal, said, “India has been proven pioneers in the field of traditional medicine since time immemorial. The knowledge sharing and cooperation has been documented in history and in continuation of the same, focused` efforts have been relentlessly undertaken by Ministry of Ayush, Government of India. The establishing of the Global Centre is an effort to bring synergy and cooperation in this domain would benefit all the member states.”

He added that, Ministry of Ayush, profoundly thanks Hon’ble Prime Minister of India Shri Narendra Modi for his outstanding initiative and continuous guidance for making WHO Global Centre of Traditional Medicine a reality in Jamnagar, Gujarat.

Chief Minister of Gujarat Shri Bhupendra Patel said, “Under the guidance of our Prime Minister Narendra Modi, the knowledge of Yoga, Ayurveda and other traditional medicines is being shared with the world and it has become useful for overall health and wellbeing of global citizens. The Sanskrit sutra of ‘Bahujan Hitay, Bahujan Sukhay’, that is “Wellbeing of all” will be fulfilled with this holistic way of treatment”

WHO Global Centre for Traditional Medicine in India at Jamnagar, Gujarat, will have its interim office at the Institute of Training and Research in Ayurveda (ITRA) in Gujarat. This Centre will be supported by an investment of about USD 250 million from the Government of India.

Traditional medicine is a key pillar of health care delivery systems and plays a crucial role in maintaining good health and well-being not only in India but across the world. In recent year, traditional medicine therapies have also seen a major transformation as usage of artificial intelligence, technological innovations have made it more accessible to masses. GCTM will aim to integrate the benefits of traditional medicine with the achievements of modern science and create a comprehensive health strategy. 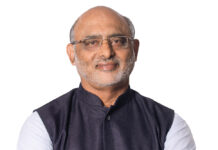 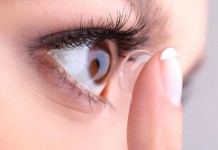 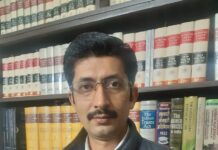