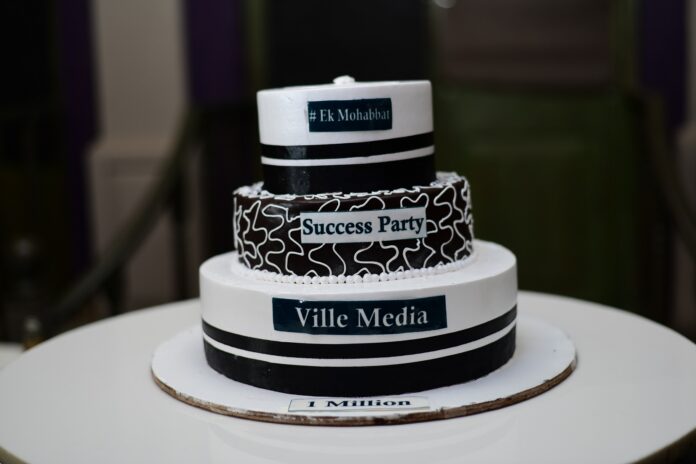 Actor Akshay Kharodia, Sanaya Pithawalla and Anmol Verma recently featured in a song produced by Ville Media titled Ek Mohabbat. The trio was seen together for the first time in the video and the audience totally loved their chemistry. Sung by Ankit Tiwari and produced by Akshay Bhosle. The video revolves around a story of love, passion and heartbreak.

Akshay Kharodia, Sanaya Pithawalla and Anmol Verma are gracing the track with their scintillating chemistry and the song has become an instant hit too. Producer, Akshay Bhosle hosted a special bash for the team of Ek Mohabbat in Mumbai yesterday in where the leads of the song as well as some of the popular television actors were siren filling the party. TV industry biggies like Karan Kundra, Shalin Bhanot, Akshay Kharodia, Sanaya Pithawalla, Nivedita Basu , Sahil Anand, Vaishali Takkar,Anmol Verma and more were present at the event.

Team Ek Mohabbat did cut the cake and posed for the paparazzi. The bash became a talk of the town and here are the insides. Check it out!