As part of the promotion, Likee has launched the #Digitalstarshow campaign (from 16th Jan – 20th Jan) wherein Likeers can share the trailer video of their favourite Likeers on Instagram with the hashtag #Digitalstarshow and tag the Likee influencer and Likee in the post. This will give them an opportunity to be one of the 5 lucky winners and get Beat’s earphones and Likee-Shemaroo co-branded T-shirts. 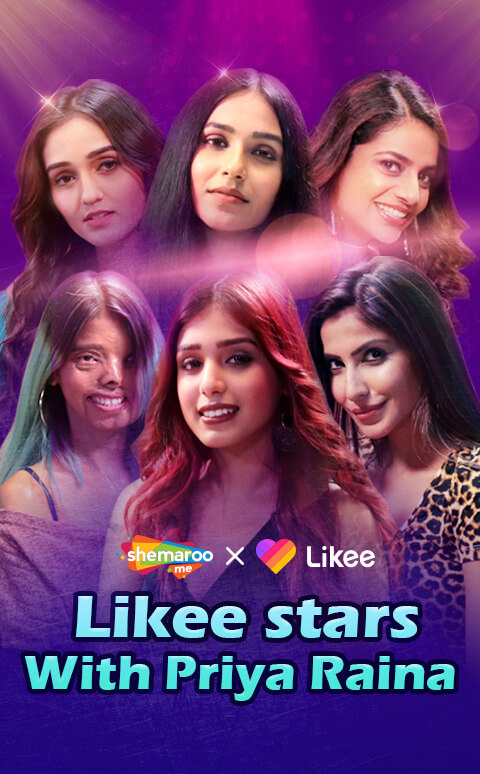 The show, ‘Likee Stars with Priya Raina’, centres around the theme of women power and will have prominent Likee influencers including Tanya Sharma, Kreetika Sharma, Riya Subodh, Sana Khan, Anmol Rodriguez and Megha Prasad in attendance as guests.  What sets this chat show apart is that each episode has a different feel to it. Moreover, there are interesting segments such as chit chat, Make Up or Break Up and Dare in One Minute in each episode.

This collaboration is in line with Likee’s commitment to provide youth-oriented quality content. It will provide Likee influencers an exciting opportunity to interact and engage with the audience on a larger platform, while also giving the viewers a chance to win some goodies.

Likee is available in different Indian languages like Hindi, Tamil, Marathi, Telugu, Gujarati, Bengali, Kannada, Malayalam and Punjabi. In 2019, Likee had also won the Guinness World Record for creating the ‘Largest online video album of people waving a flag in India’ during its ‘No matter where I am, #IAMINDIAN’ campaign. The campaign saw more than 1 lac Indians participating in celebrating India’s 73rd Independence Day. In the recent App Annie’s year-end report on app trends for 2019, Likee has emerged as No. 1 in the breakout category and is also the 7th most downloaded app in 2019.