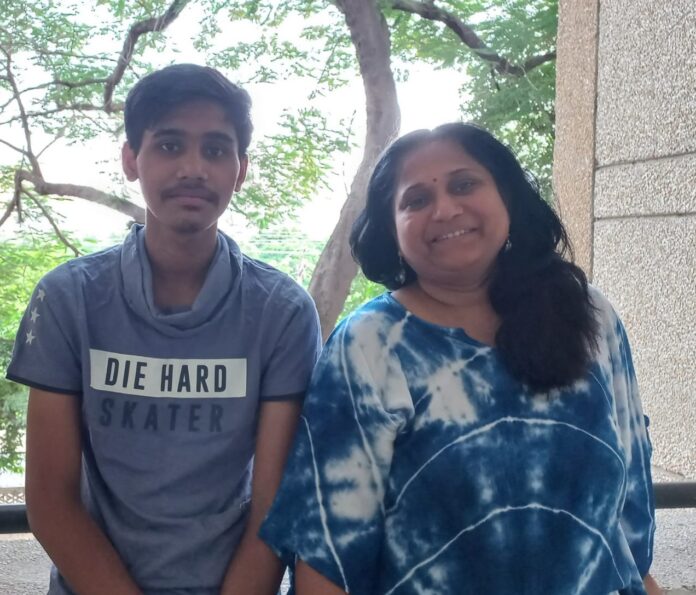 There are many such inspiring stories of women around the world that do not get the attention it deserves. One such inspiring woman is Suchita Patnayak, mother of two and a fine arts teacher at Orchids – The International School, Gurugram. She put aside societal judgment behind her and pursued what she wanted to help her son blossom.

Ms. Suchita lived a happily married life with her husband and her two lovely children until a severe crisis hit the family. In 2010, her eight-year-old son was diagnosed with dyslexia. Shaken and terrified, the father refused to stand with the family. She didn’t have anybody to lean on and the responsibility of her son wholly fell upon her. Her son was denied admission to schools due to his condition and was bullied by the rest of the children.

Finally, she decided to move to Gurugram, and after a lot of trouble, got her son admitted into a school. She would stand outside his classroom all day waiting for the classes to be over with her younger child. Those days engulfed her into a dome of depression. But she stood firm and endured all troubles with a smile of bravery on her face.

Soon she saw that life was getting back to normal again, and her son Shreyansh started improving by leaps and bounds. He made friends and Suchita’s husband eventually came around to accepting the situation and extending his support.

Gradually, Shreyansh recovered and did not need therapy going forward. He recently passed the CBSE 12th boards with 96% from the same school. He got admitted with a scholarship to SGT University, Gurugram in Artificial Intelligence.

Ms. Suchita quotes “A child is not only a mother’s child but also a child of the society and the family. He deserves only love and nothing else. Please accept them the way they are.