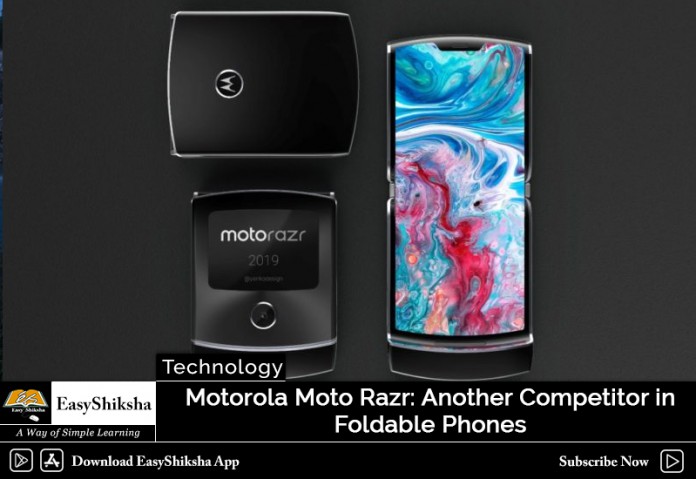 As we have seen in last couple of weeks many big name have been part of this Foldable phone race in which Samsung, Huawei, Oppo already have shown what their phone may look like and this is not just ending here. LG came with its own solution to be in the race and introduced dual screen. Motorola Moto Razr And very old member (kind of forgotten) of mobile world Motorola (now owned by Lenovo) came up with its foldable phone model.

Motorola VP of Global Product Dan Dery in an interview with Engadget has confirmed that the company is indeed working on a foldable smartphone. We had previously seen leaks of design specs of a foldable smartphone patent from Motorola which looked distinctly like the Moto Razr. Though Dan didn’t quite confirm if the company is looking at that particular design style, he has confirmed that Motorola plans to arrive at the party at the same time as the others.

Dery didn’t reveal the specifications of the final foldable phone, though he specified that Motorola had been testing a plastic OLED device with plastic film on top. The company primarily appears to be concerned about offering a phone that wouldn’t get scratches easily. Therefore, it is likely to take an approach different from what Samsung and Huawei adopted while designing their foldable phone models that both have screens on the outside panel.

Its renders also depict a single camera lens found directly beneath the notification display, but there were no signs of a front-facing camera. The 2004 Razr didn’t include a selfie camera either, but a front lens has since become a baseline mobile phone feature. Not being able to easily take selfies with the phones feels like it could be a deal-breaker in the Instagram age, especially considering the eye-watering price tag it’s expected to launch with.