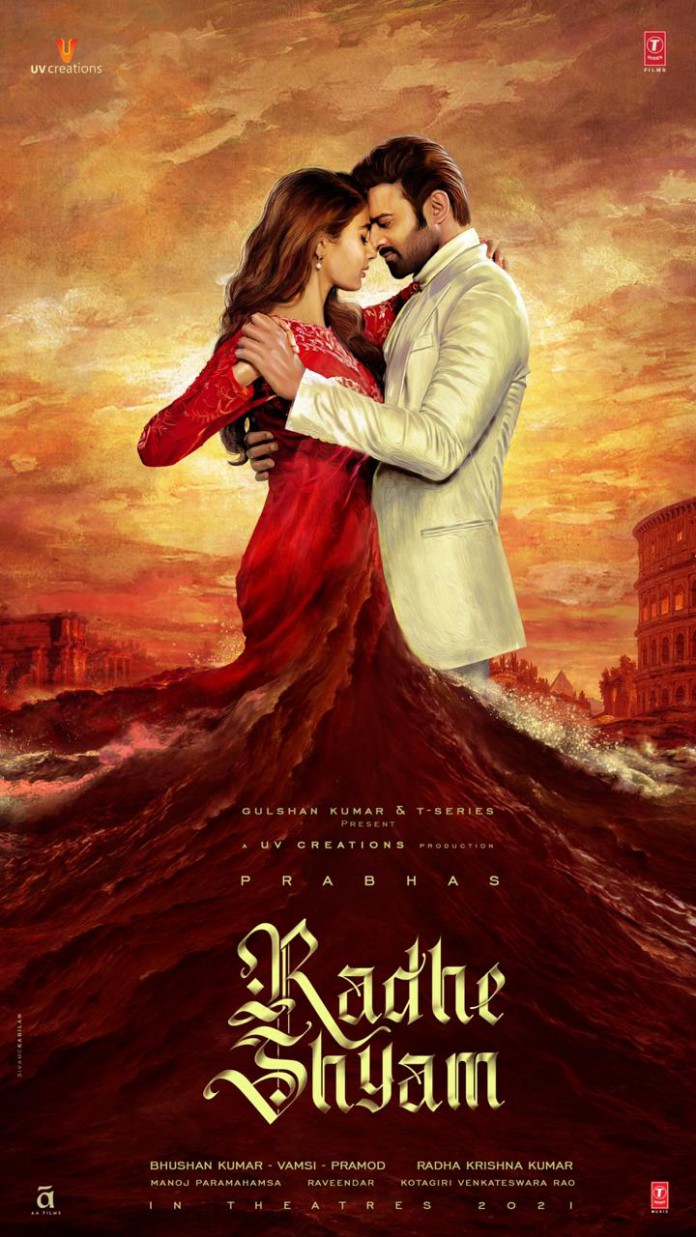 Fans across the world have been waiting for Prabhas’ next film’s announcement. The film, which is titled ‘Radheshyam’ is directed by Radha Krishna Kumar, presented by Gulshan Kumar & T-Series and produced by UV Creations, has released the first look of Prabhas and Pooja Hegde from the film.

The poster of the film shows Prabhas and Pooja Hegde in an embrace with waves crashing around them in a fiery landscape.

Radheshyam is a magnum opus with a huge budget and will see a theatrical release in 2021 which is very good news for the entertainment industry to say the least.

Pramod from UV Creations shares “It’s an exciting moment for all of us to bring the much-awaited poster of Prabhas and Pooja Hegde from our next project, Radheshyam. It’s always fun and enriching to work with Prabhas.”

He adds “We are delighted to collaborate with Bhushan Kumar and the team of T-Series after our previous project together, Saaho which received a great response from everyone.”

Bhushan Kumar from T-Series shares “Working with Prabhas and the team of UV Creations on Saaho was an experience, we could explore and expand our production with a multilingual film. While we began discussions for another collaboration, Radhe Shyam became the perfect choice to work the next one together. Our announcement poster only created such a spur. With this first look launch, we give a glimpse of  Prabhas and Pooja’s chemistry in the film and we have already had people from the industry showing curiosity to know more.”

The cinematography for Radheshyam is done by Manoj Paramahamsa and the production designer for the film is RRaveendar with Kamal Kannan as the VFX Producer.

The film is produced by Bhushan Kumar, Vamsi, and Pramod.