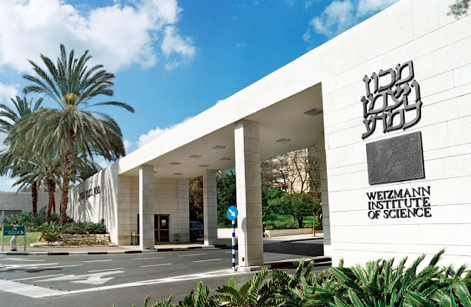 Paying the Price of Protection

A new model of autoimmune disease may solve some great outstanding riddles, including what causes T cells to attack and why only certain organs get them

Is the wanton killing of cells in autoimmune disease a case of mistaken identity, or does it arise from an important physiological service? The first is the commonly accepted view – that autoimmune attack is a sort of mistake. But the latter view may be closer to the truth, according to a new model proposed by researchers at the Weizmann Institute of Science. Among other things, the model suggests a solution to the long-standing question of why some organs are susceptible to Price of Protection autoimmune diseases while others are not.  The findings were published in Immunity.

Yael KoremKohanim, a research student in the lab of Prof. Uri Alon in the Institute’s Molecular Cell Biology Department, who led the study, explains that autoimmune diseases can be divided into two types – systemic ones like lupus that attack many organs in the body and the ones like type-1 diabetes that affect just one organ. One of the questionsabout this second, organ-specific type of autoimmune disease is why some organs get autoimmune diseases while others do not. The pancreas is an extreme example: The insulin-producing beta cells that make up 2-4% of the pancreas are highly prone, while the rest of the pancreas almost never gets Price of Protection autoimmune diseases. Likewise, Hashimoto’s-thyroiditis affects the thyroids of some 7% of the population, whereas the parathyroid glands right next to them almost never get autoimmune syndromes. These organ-specific autoimmune diseases tend to follow a similar pattern, arising in children or young adults (unlike genetic diseases that appear at birth, or those of aging), and they involve the destruction of cells that secrete essential hormones. Immune cells called T-cells somehow identify these endocrine cells as dangerous and eradicate them on contact.

KoremKohanim, Alon and the research group, including AvichaiTendler and Avi Mayo and Prof. Nir Friedman in the Immunology Department asked: What if the T cells are meant to kill these cells all along?

The researchers hypothesized that T cells might be “kept on the payroll” as an extra layer of protection to ensure the amounts of hormones stay within Price of Protection narrow limits. The hormones – insulin, thyroid hormones, cortisol – tend to function in feedback loops; too little as harmful as too much. When demand for the hormone rises – for example, a demand for insulin when glucose is repeatedly sensed – the cells not only step up production, they ramp up cell division to help meet that demand. But cell division carries risks: A certain percentage of the new cells are likely to carry mutations. Most such mutations are harmless, but if one disrupts the cell’s delicate sensing machinery, the cell will misread the demand as high when it is actually low. The result is deadly: the cell will continue not only to pump out extra hormones, it will divide again and again to produce new cells with the same mutation, which will then divide again and produce even more of the hormone, soon causing severe disease.

T cells , the  immune cells that select their targets by recognizing small Price of Protection pieces of protein identifying the cells they are meant to kill – could conceivably thus target the over-secreting cells in healthy organs.

KoremKohanim, Alon and the team delved into the literature and bioinformatics data on several single-organ autoimmune diseases, and they then created a mathematical model for the functioning of healthy organs in which small numbers of T cells kept a low profile. In this model, the organs stay fit and productive as long as the T cells have a means of being highly selective, so that most of their targets would be the mutated cells. This result agrees with the findings from research on the diseases showing that in each one, the T cells identify proteins specifically connected to the production or secretion of the target cells’ hormones. In healthy organs, those T cells could use the same identification codes to target any cells that are overproducing the hormones.

In other words, autoimmune diseases could be the result of a trade-off: a layer of regulation preventing diseases linked to overproduction while risking the opposite effect in some people – reduced production.

The glands that refuse to pay the price

If other glands are not susceptible to autoimmune disease, does this mean they also forgo T cell protection? The team went back to the literature and found that the parathyroid, for example, is highly prone to non-cancerous growths called adenomas that are common in post-menopausal women, affecting as many as one in 50. These adenomas secrete huge amounts of hormone, causing a disease called hyperparathyroidism. Other examples, though less dramatic than the parathyroid adenomas, supported the idea that a lack of T cell intervention, as the model would suggest, could result in unchecked hormone-secretion and cell growth.

“The model explains a number of puzzling findings,” says KoremKohanim. “For example, we looked at genetic sequences of T cells found in healthy people, and noted that some of them indeed have the exact same protein-identifying receptors as the T cells found in those with autoimmune diseases. The explanation has always been that the apparently healthy people have a mild form of the disease, or one in its initial stages. But the findings are more logical if you assume these auto-reactive T-cells are meant to be there; that they are meant to keep us from getting diseases of cell division and hormone over-production.”

So far, says Alon, the model provides a solution to a riddle that has long plagued researchers, though experimentation is needed to see if its claims can be borne out. But it has already garnered interest in the field and is generating discussion among top immunologists.

The team in Alon’s lab collaborated in this research with the group of Prof. Nir Friedman in the Immunology Department, and they are continuing to collaborate on means of testing the model’s results experimentally.

Prof. Uri Alon’s research is supported by the Sagol Institute for Longevity Research; the Jeanne and Joseph Nissim Center for Life Sciences Research; the Braginsky Center for the Interface between Science and the Humanities; the Kahn Family Research Center for Systems Biology of the Human Cell; the Zuckerman STEM Leadership Program; the Rising Tide Foundation; the estate of Olga Klein – Astrachan; and the European Research Council Prof. Alon is the incumbent of the the Abisch-Frenkel Professorial Chair.

Weizmann Institute news releases are posted on the World Wide Web at: http://wis-wander.weizmann.ac.il/ 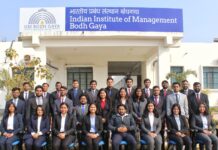