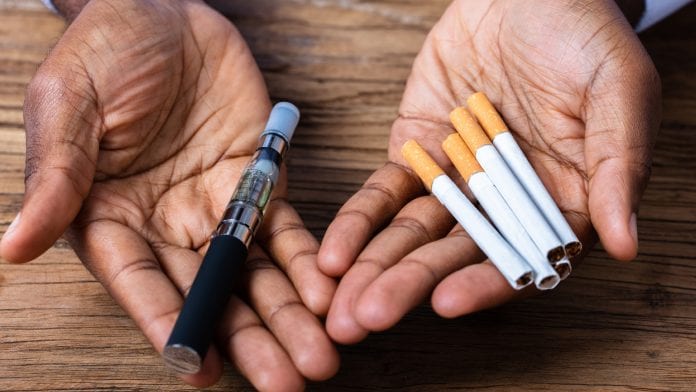 New Delhi, November 18: A report prepared by ‘The International Commission to Reignite the Fight Against Smoking’ makes specific recommendations to achieve the goal of ending smoking worldwide. An estimated 1.14 billion people worldwide still use tobacco, oral cancer which kills nearly 8 million people and eliminates nearly 200 million disability-adjusted life years annually. The cost to the world is nearly $2 trillion dollars a year. The drastic socio-economic impacts of smoking make it urgent to reignite the fight against smoking. The Commission Report examines several important issues, including the trends in tobacco use, challenges to cessation efforts, the emergence of technological innovations, the role of physicians, the function of industry, economic and regulatory policy, smoking and youth, and lessons from the COVID-19 pandemic.

~India is among countries with lowest quit rates for smoking. The quit rates for men are less than 20%. Additionally, the study indicates 37% Indian respondents showed desire to change behavior with plan to quit smoking~

China and India are home to more than 500 million tobacco users between the ages of 16 and 64. India ranks second with 250,002,133 smokers between 16 and 64 years of age. Tobacco prevalence in India is three times higher among men than women. India also accounts for some of the highest rates of smokeless tobacco use and oral cancer in the world. However, India is among countries with the lowest quit rates for smoking. The quit rates for men are less than 20%. The Commission Report indicates 37% Indian respondents showed a desire to change behavior with a plan to quit smoking.

As per the study, nearly all countries ban marketing and direct sales of tobacco products to children, but in low-to-middle income countries, especially, these prohibitions are not rigorously enforced. The report cites data from Consumer Voice 2019, which states that despite prohibitions in India, a study of areas around 243 schools found nearby vendors displaying tobacco , oral cancer products in ways that are appealing to children and youth. Around 91% of displays were at 1 meter (i.e., a child’s eye level.) An estimated 54% of the points of sale had no visible health warning; and 90% of displays were beside candy, sweets and toys, items marketed to children.

“Smoking and its health impacts highlight a global public health crisis.  This report offers trends in tobacco usage worldwide and makes recommendations to achieve the global goal of ending smoking. Technology and innovation are driving change and will play a key role in reigniting this fight against smoking. Misinformation and misunderstanding are key hurdles we face, as 58% of Indians responded that they believe e-cigarettes are equally or more harmful than combustible tobacco,  oral cancer while the study shows e-cigarettes are 95% less harmful than combustibles. We need to focus on research and policy interventions to achieve our goals of a smoke-free world,” said Ambassador (ret.) James K. Glassman, Former U.S. Under Secretary of State for Public Diplomacy and Public Affairs.

Abhishek Kumar, Partner at Indicc Associates and Convenor of New, Indian Consumer Initiative commenting on the report said, “This exhaustive report provides all crucial dimensions to put together a holistic strategy towards tobacco harm reduction. An extremely rich report, it also makes for a highly readable volume and reaches out effectively to all concerned stakeholders, including consumers and citizens. It has all the ingredients to catalyze a wider discussion on tobacco harm and contains thoughtful and implementable recommendations. The number of tobacco users in India is considerable. For a country with the majority of the population in a low-income group, the health and economic burden from tobacco use is an important issue. Harm reduction from tobacco is therefore an imperative.”

The report recommends adopting best practices to combat misinformation and build a healthier information environment to reduce harm from tobacco by leveraging multi-national, multi-disciplinary and participatory foresight studies and advocating risk-proportionate regulations as a means of making it easier for smokers to switch from combustibles and quit. It also aims nudge expansion of access to tobacco harm reduction products in low-to-middle-income countries.

The Commission Report and supporting materials are available on the fightagainstsmoking.org website.

About the International Commission to Reignite the Fight Against Smoking

Members of the Commission, which was established to recommend a set of actions to accelerate an end to adult smoking and other toxic tobacco use, are from the U.S., U.K., South Africa, Indonesia and India. Retired U.S. Ambassador James K. Glassman serves as chairman of the Commission and is joined by four other commissioners: Rosemary Leonard (U.K.), Kgosi Letlape (South Africa), Vivan Sharan (India), and Tikki Pangestu (Indonesia). The development of the Commission Report was supported by the Foundation for a Smoke-Free World, an independent, nonprofit, private foundation committed to reducing deaths and diseases caused by smoking. The Foundation was established in 2017 and its mission is to end smoking in this generation.