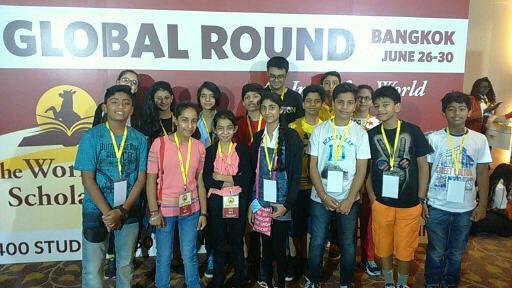 Children of Shalom Hills School, Gurgaon will represent India at the finale of World Scholar Cup. The finale will be held at Yale University, New Haven, United States of America. The precursor to finale was organized at Bangkok where students of various nationalities, from a total of 347 schools had participated in various competitions. The children emerged victorious after defeating 3500 students from 36 different nations which included students from Australia, China, Singapore, Canada and United States of America etc. The team emerged victorious after winning the debate on the theme ‘Imperfect World’.

An elated Dr. Lily George, founder managing director of Shalom Hills School said, “For me, this World is a Global Village and such exposure, nationally and internationally cultivates in students a feeling of Love, Care, sharing and camaraderie. I compliment my young Shalomites for being true Ambassadors of Peace.”

The three tier competition had regional level in which schools participated on the domestic front and after that the Global competition was held at Bangkok. Shalom Hills International School stood first among all the other 26 schools participating from India; all scholars bagged a whooping number of 48 medals and have qualified for the competition aptly titled ‘Tournament of Champions’ at the Yale University. Their well scripted collaborative writings spoke highly about their enriched writing prowess. The detailed case studies of the syllabus made them pioneers of their subjects from Literature to the special area being, Crime and Justice.

Rishika an enthusiastic girl from the winning team said, “The World Scholar’s Cup is an experience of a lifetime- it’s so much more than a competition. It’s the perfect combination of learning and fun. Our hearts did a back flip when we saw our names on the screen. It’s a great, overwhelming feeling. We are very happy to have won the WSC, Bangkok and are more than excited to represent India and our school at Yale.” 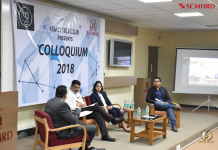