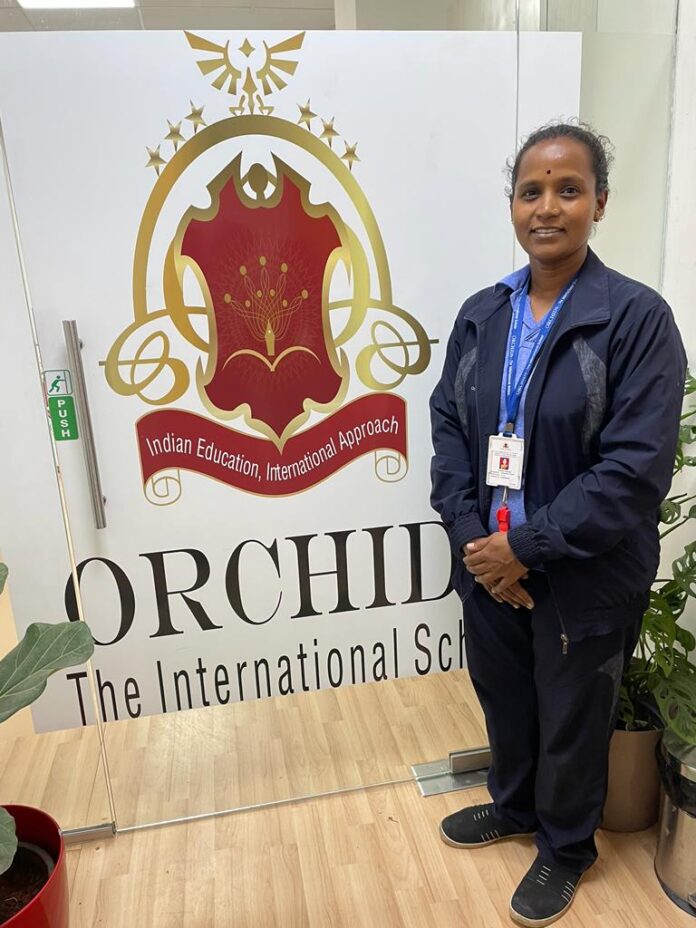 Urmila Gaikwad, a swimming coach at Orchids The International School, Kharadi is living proof that if you are determined to achieve something, age is just a number. This ambitious, courageous, and determined woman decided to complete her long overdue education along with her son.

Urmila lost her father at a very young age and due to the financial crunch in the family, she had to drop out of school after grade 7. However, her life turned a new leaf in 2007 when she relocated to Pune with her husband and son.

While working initially as a swimming pool cleaner, she abruptly developed an interest in learning swimming and decided to become an instructor. With the help of her then manager, she completed her certification course in 2011. After that, she started participating in various competitions and received accolades. In 2011, she also started working as a professional swimming coach in various schools. Though she progressed quickly as a coach, she faced difficulty while communicating with the children she was training. She realized that her confidence was low as she did not complete her education during childhood. Most of the good schools refused her candidature as a swimming coach owing to her incomplete school education.

These hurdles only made her more resilient and she decided to overcome them with the most courageous step that she could take. She enrolled herself for Grade 10 as a private student while her son was also studying in the same grade as a regular student. Without any inhibitions, she revived her quest for learning after 23 long years of dropping out of 7th grade.

Her hard work paid off and she passed the exam with 45% marks. This was motivation enough for her to continue further and enroll as a regular student in the 11th grade along with her son. Without paying heed to what opinion all others held for her, she came out with flying colors in her Grade 12 exam and scored a whopping 71%.

Her desire to learn and achieve has not ceased yet and she has now pulled her socks up to learn communicative English and is also pursuing her graduate degree in Arts. Urmila has also proved to be a paragon for the females of her family as her co-sister also enrolled for her Grade 12 exam after getting motivated by Urmila’s journey and achievements.

Inspiring lives like that of Urmila’s are so much needed for the coming generations who seem to quit at the smallest of hurdles coming their way.