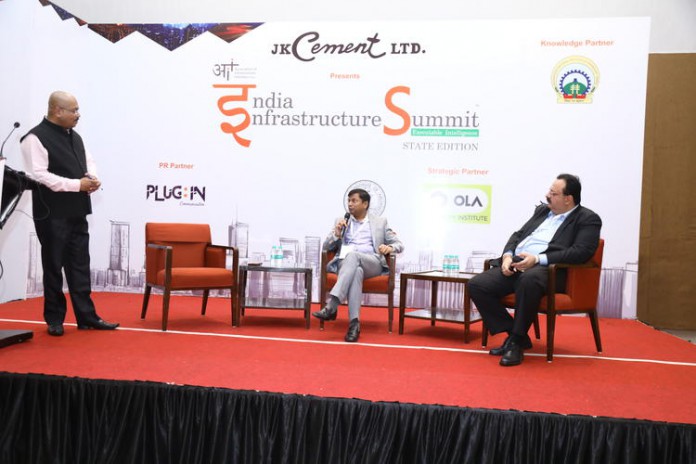 Madhya Pradesh, 24 June 2019: The state edition of the India Infrastructure Summit (IIS) was recently inaugurated in Bhopal. The event was held at Courtyard by Marriot on 21st June 2019. The theme of the event was Executable Intelligence, which stands for all the ideations that can be executed keeping the framework of our country’s multi-diversity culture and population in mind. The event was inaugurated by Shri Jaiwardhan Singh, H’ble Minister.

The state edition of India Infrastructure Summit at Bhopal was attended by members from the academia and government apart from other stakeholders, all of whom put forth their views on various topics. In the inaugural address, Shri Jaiwardhan Singh, H’ble Ministerspoke about how the India Infrastructure Summit, State Edition is a landmark event for the infrastructure and development sectors and that the inputs shared are of immense value.

Speaking at the event, MrRajaneesh Dasgupta,Director General, Association of InfrastructureIndustry(India), said, “Madhya Pradeshis at the cusp of stupendous progress, and this cannot be completewithout the development of infrastructure. However, development is also dependent on newand sustainable ideas and innovations, which can only happen when experts and stakeholdersfrom the field of infrastructure brainstorm together. The summit is an effort to provide themthis platform and encourage idea sharing and execution.”

The first session focused on the real estate scenario in India and its implications on the state of Madhya Pradesh, Bhopal. Sessions two and three gave perspectives on how to create livable cities in the state and development of better infrastructure. The other subsequent sessions were focused towards everything from public and surface transport to the concept of smart cities. The speakers gave some very interesting insights on these issues.

Speakers `also spoke about building a community system where issues such as mobility,housing, employment opportunities, education and wellness are designed in an integratedmanner, to the contentment of every individual. They discussed how this can be enabled if there is a planned shift in the concept of co-existing. An interesting conversation on Smart Cities was organized towards the end of the event.

The event deliberated on how the government and ministries can work closely with communities in incentivizing the usage of a product or service and provide added benefits to encourage thismove.India’s infrastructure is set to take a quantum leap and it needs about 1.5 trillion over the next 10 years to bridge the infrastructure gap. The event was thus an attempt to mobilize the community in this direction. Going forward, AII(India) aims to introduce more relevant themes in conjunction with the changing themes and landscape.