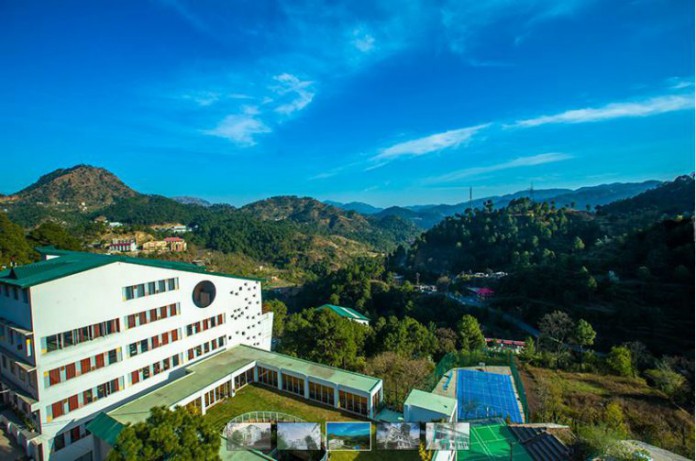 India, October 12, 2022: Scripting history for setting exemplary global standards in research, academic excellence and knowledge transfer, Himachal Pradesh-based Shoolini University has been ranked as Number 1 among private universities in India in the prestigious Times Higher Education (THE) World University Rankings for 2023. The university is ranked 351-400 overall and 39th in the world in THE Rankings on Citations, an indicator of the quality of research.

Founded in 2009, Shoolini University, an innovative, research-oriented university, has emerged as one of India’s leading multi-disciplinary universities, and has been figuring in the top rankings by various international and national ranking agencies.

Ranked in the 351-400 band globally in THE World University Rankings with only Indian Institute of Science ahead of it, Shoolini University figures in the band along with JSS Academy of Higher Education and Research, Bengaluru, a deemed university.

Based on an elaborate and rigorous assessment process, THE World University Rankings are considered to be the world’s largest and most reputed rankings, which act as a valuable resource for international students and universities by helping them identify the right candidates and institutions of higher learning.

Terming the achievement as a matter of national pride, Shoolini University Chancellor and Founder Dr P.K. Khosla said, “This ranking will enable us to be recognised as one of the world’s best institutions for higher education and research. It is a collective outcome of the untiring efforts put in by our faculty to establish new benchmarks in teaching and research. Motivated by a multidisciplinary approach to education powered by state-of-the-art infrastructure, cutting-edge research, highly competent faculty, unmatched industry exposure, notable international collaborations and an enviable placement record, we aim to be in the league of top 200 global universities by 2026.”

While Shoolini University has come a long way in 13 years of its inception as a pioneering research-focused institute of international repute, it is now making a mark cutting across diverse disciplines like management, pharmaceutical sciences, agriculture, basic and applied sciences, computer sciences, mass communication, engineering and law.

Hailing the landmark accomplishment, Shoolini University Vice-Chancellor and Co-Founder Prof Atul Khosla said, “With the 351-500 global rankings at THE World University Rankings, and as India’s top private university and second best among all private and public Institutions, we look forward to attract the best minds to study, teach and research with us. This will open doorways of new opportunities for international and domestic partnerships with the academia and industry.”

As a decisive step in this direction, Shoolini University has entered into more than 250 collaborations with reputed international universities in South Korea, UK, Canada, Australia, Taiwan and USA. These tie-ups with top-class global universities enable its students and faculty to remain at the forefront of cutting-edge technology through global exposure.  Notably, over 70 per cent of the university’s research is in collaboration with international universities and 38.9 per cent of its publications are in the world’s top 10 per cent journals.

Terming THE World University ranking as a new and exciting chapter for Shoolini University, Pro Chancellor and Co-Founder Vishal Anand said, “We are an innovation-led campus that kindles great ideas and inspires out-of-the-box thinking to make our students stand out. We are driven by a vision of taking education to the next level by redefining its paradigms and powering the passion for excellence.”

Known for its unique research and teaching models, Shoolini University has emerged as a leader in research in focus areas ranging from sustainability and renewable energy to biomolecules and applications of Artificial Intelligence. THE Impact rankings, which measure the impact made by institutions in meeting UN sustainability goals, have ranked Shoolini University second in the world for SDG 7 (clean energy) and sixth for SDG (clean water).

Commenting on Shoolini’s global rank of 39 in Citations in the THE World University Rankings 2023, Ashish Khosla, President, Innovation and Technology, Shoolini University, said, “We have developed a thriving ecosystem of research and innovation and have filed more than 1,100 patents so far, which are among the highest in India. We are also among the few universities in India that actively coach and encourage undergraduate students to undertake research and file patents. The university also has a 100 per cent placement record in several core courses and has secured more than 3,000 placements for its students in top multinational and leading Indian companies.”

About Shoolini University
Founded by leading academicians and professionals in 2009, Shoolini University is a research-oriented multidisciplinary university which has filed an astounding 1,100 patents so far and made giant strides with its focus on quality education, industry exposure and collaborations with leading global universities. The university has consistently figured among India’s top 100 in NIRF rankings and matches the world’s best universities in research output. It is a leader in research in focus areas ranging from sustainability and renewable energy to biomolecules and Artificial Intelligence applications. Home to a pioneering biotechnology institute of international repute, Shoolini University is now making a mark cutting across diverse disciplines through innovative pedagogy.