New Delhi, February 1, 2016: Shri Venkaiah Naidu, Honourable Minister of Urban Development, Housing and Urban Poverty Alleviation and Parliamentary Affairs, Government of India, will be the Chief Guest for the One Globe 2016 conference to be held on 5th and 6th of February, 2016 at Hotel Imperial in New Delhi. India’s Minister of State for Information and Broadcasting, Shri Rajyavardhan Rathore, and Minister of State for Urban Development, Shri Babul Supriyo will be the Guests of Honour at the conference.

The One Globe conference is India’s leading conference that brings together global thought leaders to discuss how we build a 21st century knowledge economy in India and South Asia. It explores the intersection of technology, innovation, smart cities, skills, regional collaboration and education. This 5th annual edition of the One Globe Conference: Uniting Knowledge Communities conference will specifically focus on ideas, issues and impact of the Indian government’s ambitious agenda to transform India into a 21st century knowledge economy through its initiatives like “Digital India”, “Make in India”, “Smart Cities” and “Entrepreneurship”.

Harjiv Singh, Convener, One Globe 2016 and founder and CEO of Salwan Media Ventures, says, “From a $6 billion National Infrastructure Investment Fund (NIIF) to the Smart Cities initiative, the JAM Number Trinity of Jan Dhan, Aadhar & Mobile, the easing of FDI in various sectors including defence, the Start-Up India program with business-friendly initiatives like the Bankruptcy Bill 2015, to its ambitious target to increase manufacturing’s contribution to GDP from 16% up to 25% through the “Make in India” initiative, the Modi government’s past 20 months have been a fast-paced, untiring movement to revive the Indian economy.

In our fifth edition of the One Globe conference, we are delighted to have an eminent set of speakers who bring rich perspectives and proven experience in analyzing the multiple components of making a 21st century knowledge economy.”

David Plouffe, Chief Advisor, Uber Inc., who is widely referred to as the “architect” of President Obama’s two presidential campaign victories and has served as a Senior Advisor to the President, will participate in an exclusive armchair discussion at a dinner hosted by the One Globe conference and the USIBC ahead of the conference.

About One Globe Conference

The annual One Globe conference brings together global thought leaders to discuss how we can build a 21st century knowledge economy in India and South Asia. It is India’s leading conference exploring the intersection of technology, innovation, smart cities, skills, regional collaboration and education and their role in building a 21st century knowledge economy. Connect with us on Twitter, Facebook and LinkedIn. For a full list of speakers, updated agenda and to register, please visit: www.oneglobeconference.com. 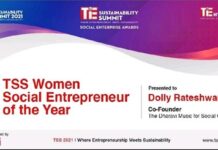