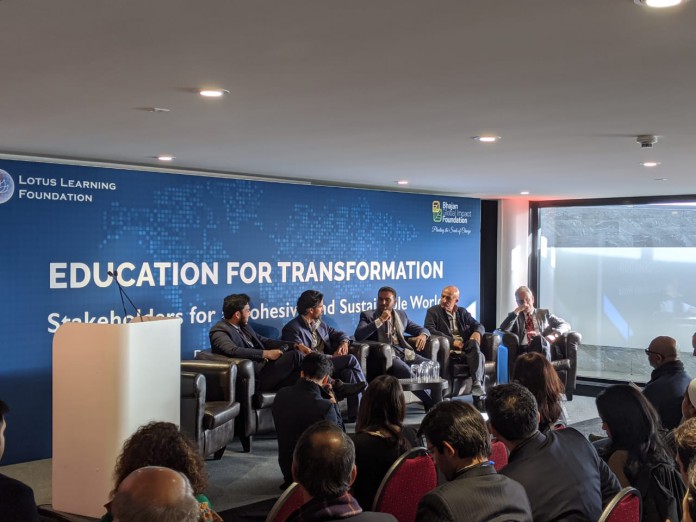 While speaking during a session at WEF, Rohit, who studied from prestigious institutions like IIT and Stanford, emphasized on the need of structural and behavioral changes in the Indian education system so as to look towards building a right talent pool.

Rohit Gajbhiye is also a founder of a NBFC – FinancePeer, which aims to reduce the financial gap in the education sector by financing the fee of the students at zero percent interest and zero cost.

Emphasizing on availability of quality education to all, Gajbhiye said that the Indian government has rolled out several initiatives to ensure that last mile reach out of the education but it is necessary to understand that it is not only about education rather it is about quality education which should be made available to the masses which majorly comprises of lower-income and middle-income groups who can contribute a lion’s share in the development of the country.

He said that the need of the hour is to address the bottlenecks which deny quality higher education to a huge chunk of talent pool in the far-flung areas.

“The government of India should use their initiatives like Digital India to take up higher education to the last mile. With this, the government can ensure its ambitious scheme of education for all,” he suggested.

“Despite being home to 152 central universities, 316 state universities and 191 private universities, India lags behind in imparting quality education. The top 100 universities list of Times Higher Education World Reputation Rankings reveal this as none of the Indian universities was featured. This calls for an immediate action,” said Gajbhiye.

Raising his concerns about the curriculum systems, he said that the current education system focuses on route learning rather than productive and meaningful outcomes.

He also called for the need of value-driven education system so as to bring a behavioral change.

Talking about futuristic approach towards education, Gabhiye voiced for the need to impart skill-based training along with training the students to be entrepreneurs. He hailed the initiative taken up by the Delhi government of promoting entrepreneurship through government schools in Delhi.

While concluding his thoughts, he said that these reforms are only possible if they implemented properly which should be the top priority of the governments.

About FinancePeer : Financepeer is a peer to peer lending platform connecting individual borrowers to lenders digitally. It will ease each individual’s access to capital and in-turn improve his/her standard of living. It uses an algorithm that quantifies risk from credit and non-credit bureau channels by leveraging artificial intelligence (AI). This analysis helps individuals and institutions to instantly invest in people. Financepeer looks forward to spearheading a truly revolutionary impact for millions of people. It’s a step to reduce economic disparity in the long run.