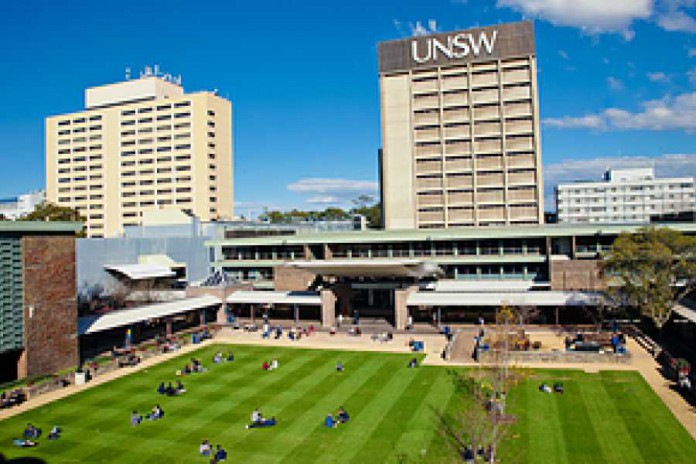 A group of physicists at UNSW Sydney have built a super-fast version of the central building block of a quantum computer. The research is the milestone result of a vision first outlined by scientists 20 years ago.

A group of scientists led by 2018 Australian of the Year Professor Michelle Simmons have achieved the first two-qubit gate between atom qubits in silicon – a major milestone on the team’s quest to build an atom-scale quantum computer. The pivotal piece of research was published today in world-renowned journal Nature.

A two-qubit gate is the central building block of any quantum computer – and the UNSW team’s version of it is the fastest that’s ever been demonstrated in silicon, completing an operation in 0.8 nanoseconds, which is ~200 times faster than other existing spin-based two-qubit gates.

In the Simmons’ group approach, a two-qubit gate is an operation between two electron spins – comparable to the role that classical logic gates play in conventional electronics. For the first time, the team was able to build a two-qubit gate by placing two atom qubits closer together than ever before, and then – in real-time – controllably observing and measuring their spin states.The team’s unique approach to quantum computing requires not only the placement of individual atom qubits in silicon but all the associated circuitry to initialise, control and read-out the qubits at the nanoscale – a concept that requires such exquisite precision it was long thought to be impossible. But with this major milestone, the team is now positioned to translate their technology into scalable processors.

Professor Simmons, Director of the Centre of Excellence for Quantum Computation and Communication Technology (CQC2T) and founder of Silicon Quantum Computing Pty Ltd., says the past decade of previous results perfectly set the team up to shift the boundaries of what’s thought to be “humanly possible”.

“Atom qubits hold the world record for the longest coherence times of a qubit in silicon with the highest fidelities,” she says. “Using our unique fabrication technologies, we have already demonstrated the ability to read and initialise single electron spins on atom qubits in silicon with very high accuracy. We’ve also demonstrated that our atomic-scale circuitry has the lowest electrical noise of any system yet devised to connect to a semiconductor qubit.

“Optimising every aspect of the device design with atomic precision has now allowed us to build a really fast, highly accurate two-qubit gate, which is the fundamental building block of a scalable, silicon-based quantum computer. We’ve really shown that it is possible to control the world at the atomic scale – and that the benefits of the approach are transformational, including the remarkable speed at which our system operates.”

“This was one of Michelle’s team’s final milestones to demonstrate that they can actually make a quantum computer using atom qubits. Their next major goal is building a 10-qubit quantum integrated circuit – and we hope they reach that within 3-4 years.”

Using a scanning tunnelling microscope to precision-place and encapsulate phosphorus atoms in silicon, the team first had to work out the optimal distance between two qubits to enable the crucial operation. “Our fabrication technique allows us to place the qubits exactly where we want them. This allows us to engineer our two-qubit gate to be as fast as possible,” says study lead co-author Sam Gorman from CQC2T.

“Not only have we brought the qubits closer together since our last breakthrough, but we have learnt to control every aspect of the device design with sub-nanometer precision to maintain the high fidelities.”

The team was then able to measure how the qubits states evolved in real-time. And, most excitingly, the researchers showed how to control the interaction strength between two electrons on the nano-second timescale.

“Importantly, we were able to bring the qubit’s electrons closer or further apart, effectively turning on and off the interaction between them, a prerequisite for a quantum gate,” says other lead co-author Yu He.

“The tight confinement of the qubit’s electrons, unique to our approach, and the inherently low noise in our system enabled us to demonstrate the fastest two qubit gate in silicon to date.

“The quantum gate we demonstrated, the so-called SWAP gate, is also ideally suited to shuttle quantum information between qubits – and, when combined with a single qubit gate, allows you to run any quantum algorithm.”

A thing of physical impossibility? Not anymore

Professor Simmons says that this is the culmination of two decades’ worth of work.

“This is a massive advance: to be able to control nature at its very smallest level so that we can create interactions between two atoms but also individually talk to each one without disturbing the other is incredible. A lot of people thought this would not be possible,” she says.

“The promise has always been that if we could control the qubit world at this scale, they would be fast, and they sure are!” 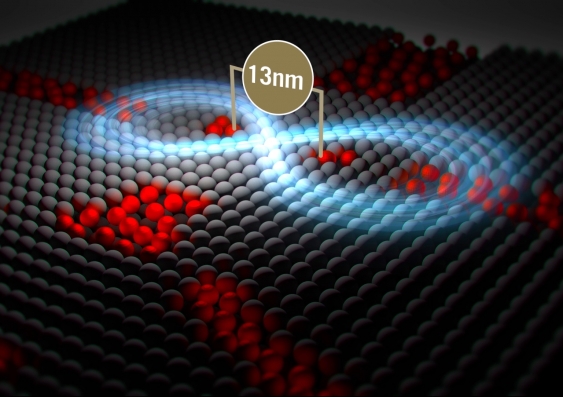 The world’s first atomically engineered two-qubit gate. The researchers not only brought the qubits closer together since their last breakthrough – just 13 nanometres apart – but engineered all the control circuitry with sub nanometer precision. Their fabrication technique allows them to place the qubits extremely close for strong interactions and very fast gate times.

In Professor Michelle Simmons’ approach, quantum bits (or qubits) are made from electrons hosted on phosphorus atoms in silicon. Creating qubits by precisely positioning and encapsulating individual phosphorus atoms within a silicon chip is a unique Australian approach that Professor Simmons’ team has been leading globally. These types of qubits are a promising platform for large-scale quantum computers, thanks to their long-lasting stability.

The quantum potential: A working large-scale quantum computer has the potential to transform the information economy and create the industries of the future, solving in hours or minutes problems that would take conventional computers – even supercomputers – centuries, and tackling otherwise intractable problems that even supercomputers could not solve in a useful timeframe. Potential applications include machine learning, scheduling and logistical planning, financial analysis, stock market modelling, software and hardware verification, rapid drug design and testing, and early disease detection and prevention.

About Silicon Quantum Computing (SQC): Since May 2017, Australia’s first quantum computing company, SQC, has been working to create and commercialise a quantum computer based on a suite of intellectual property developed at CQC2T and its own proprietary intellectual property. SQC was originally formed and funded to in excess of $80m by the Australia Commonwealth Government, Telstra Corporation, the Commonwealth Bank of Australia, UNSW and the State of New South Wales. SQC’s first goal is to deliver a
10-qubit silicon integrated circuit, as a precursor to the long-term development of a
silicon-based quantum computer in Australia.

About CQC2T: The Centre of Excellence for Quantum Computation and Communication Technology (CQC2T) leads the world in the race to build a quantum computer in silicon and undertakes world-class research in optical quantum computing and quantum information technologies. The centre is headquartered at UNSW and comprises more than 200 researchers from nine of Australia’s leading research institutions. Together with over 25 formal international partners CQC2T represents one of the world’s largest teams working to create a universal quantum computer and secure communication systems.