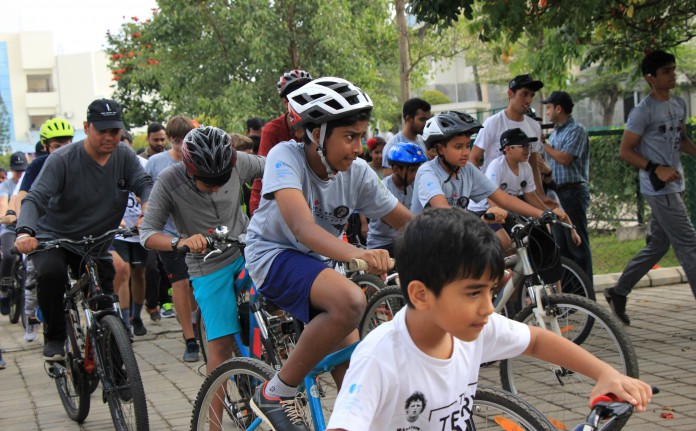 Canadian International In the memory of a young hero who fought cancer, and helped others along the way

Bangalore, October 04, 2019:  Canadian International School (CIS) hosted its annual Terry Fox Run in association with the Terry Fox Foundation at its campus in Yelahanka, Bangalore. The event raised around 3 lakhs which will be sent to the Terry Fox Foundation. The run is conducted in the memory of Canadian athlete and cancer patient Terry Fox who was diagnosed with osteosarcoma (bone cancer). The run at CIS saw over 1500 participants from across schools, colleges, corporates, and hospitals across Bangalore.

Over 40 years ago, Terry Fox was eighteen years old and he was first diagnosed with cancer.   Due to the nature of his cancer and the treatment available at the time, his right leg was amputated. Terry had a vision, he wanted a world without cancer and decided to run across the country to make a statement and collect funds. He embarked on a run aptly titled the ‘Marathon of Hope’ to raise funds for cancer research. Although he succumbed to the disease, his legacy lives on. 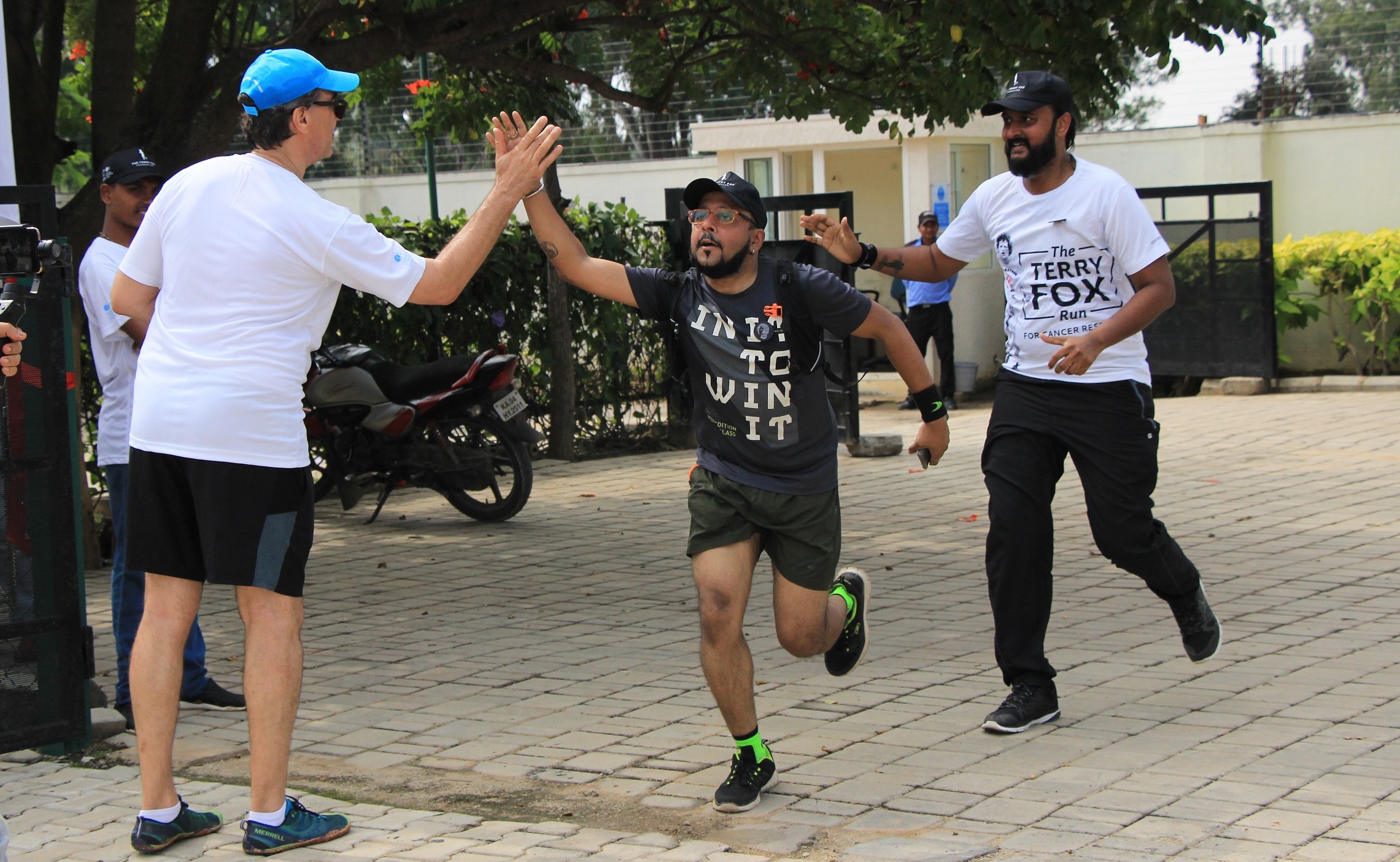 “It was another successful Terry Fox Run hosted at CIS. Through the years, the support and participation for this cause has grown exponentially and it is truly remarkable to see the passion our participants show while supporting Terry’s dream of a cancer-free world.” said Ms. Shweta Sastri, Managing Director, Canadian International School.

“Cytecare Cancer Hospitals is committed to supporting and advancing cancer research in India. Cancer is a disease that knows no boundaries and does not discriminate between age, gender or socioeconomic status – it affects all of us. Terry Fox’s story is fundamentally a human story of impossible strength and perseverance that enabled him to overcome obstacles and physical challenges. This empowering story resonates with all of us and we hope it motivates people to find hope in impossible situations” said Mr.  Suresh Ramu, CEO & Co-founder, Cytecare Cancer Hospitals.

“Terry Fox was an inspirational figure for all of us. The run was a great success and a great platform to raise awareness for cancer research.” said Dharsh Nagrani, Grade 9 student.

“It was a pleasure to participate in the Terry Fox Run organised by Canadian International School. For a disease like cancer, an initiative like this run is a phenomenal platform for cancer awareness in the society. Research across the globe has enabled some exciting new ways for early diagnosis and personalised medicine in cancer. At C-CAMP, we have some exciting innovations for early cancer diagnosis and therapeutics being built by startups and we look forward to engaging with society and hospitals like Cytecare to more productive outcomes.” said Dr. Taslimarif Saiyed, CEO and Director, Centre for Cellular and Molecular Platforms (C-CAMP), an initiative of Dept of Biotechnology, Ministry of Science and Technology, Govt. of India.

Get Course: fundamentals of scrum