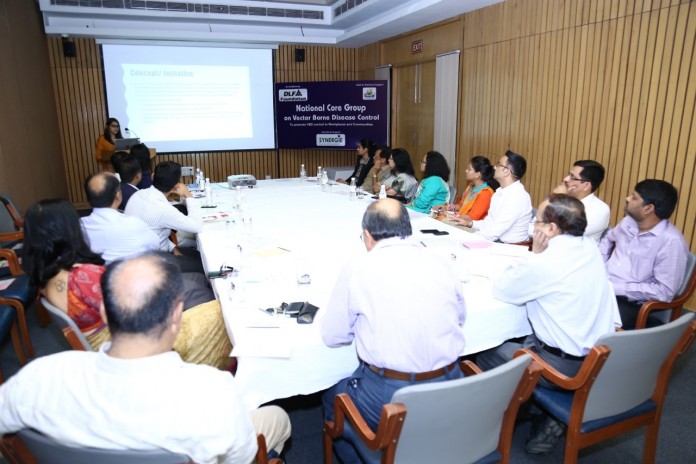 To put a timely check on vector-borne diseases during monsoon, the DLF Foundation, in collaboration with the Directorate of National Vector Borne Disease Control Programme (NVBDCP) under the Ministry of Health & Family Welfare (Govt. of India) and Synergie – a social organisation, had formed a National Core Group in Delhi-NCR.

Not only that, taking serious notes of the DLF Foundation’s novel initiatives, many other corporate, including Jubilant Life Sciences, Dalmia Bharat Group, Vedanta Ltd., Hindustan Power Projects Ltd., Aditya Birla Group, Ambuja Cement Foundation and Ginni Filaments Ltd. Groups, had also subscribed to the core group. They would get advice and undertake their further activities towards the vector borne diseases control in their targeted areas.

Welcoming this partnership, Dr. A C Dhariwal, Director, NVBDCP said that the private sector could play an important role in awareness generation and preventive action for the control of vector borne diseases. He urged companies to identify intervention strategies that are appropriate for their respective areas of operation and offered to provide the necessary technical support to enable them to do so.

Ritesh Sinha, Director-CSR, DLF Ltd. said that vector borne diseases had been major contributors to increasing levels of morbidity especially during breeding season, something which can be controlled. “To truly achieve our goal of wellness, it was essential that source of such diseases are targeted and preventive measures are taken. Everyone has a part to play. Through this partnership we are taking our efforts forward towards the same with the help of the expertise NVBDCP is bringing on the table,” he said.

It may be noted that with the onset of monsoon every year, the number of people suffering from Dengue and Malaria multiplies rapidly. Though government had been taking preventive measures such as screening and destruction of mosquito breeding sites from time to time, companies can play a key role in this regard by organizing awareness campaigns and also by ensuring that their own premises are mosquito-free. DLF Foundation, contemplating the need of the hour, decided to team up with NVBDCP. This collaboration aimed at integrating the efforts of the Foundation and the Government, apart from encouraging other corporates towards controlling various vector borne diseases and help reduce morbidity levels. In that meeting, participants from NVBDCP, district and state administrations of Gurgaon, Delhi and Gautam Budh Nagar along with other corporate members discussed on the modus operandi of the initiative and on the preventive measures to be undertaken. Further, the corporate participants also shared the activities, already undertaken for VBD control in their respective areas of operation.

Apart from providing a forum for exchange of ideas and good practices, the core group will also function as an advisory body, aiming to effectively involve a large number of companies in addressing the issue of incidences of vector borne diseases through CSR and workplace intervention. The group, which constitutes of representatives from both, Government and the corporate fraternity, will meet quarterly with the agenda of strategic planning in the non-transmission period and implementing and monitoring the plan in the transmission period. It will also facilitate tie-ups with relevant national and international bodies, industry associations, media, State governments or Municipal Corporations etc. to strengthen the initiative and expand its outreach and impact.

DLF Foundation, since its inception, has been working towards uplifting of the underprivileged to create equal opportunities and thereby empowering them through its interventions across various areas like healthcare, education, skill development, community development, sanitation and environmental sustainability.

Get Course: Introduction to Corporate Finance