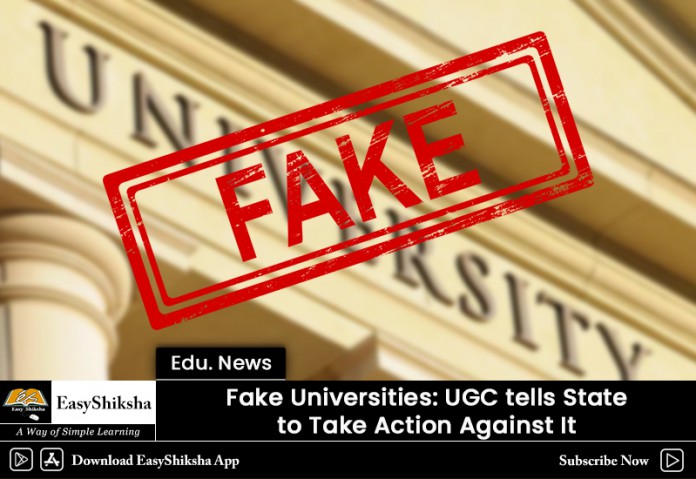 UGC has declared the war against all the fake universities those are still running into the states. All the chief secretaries and other designated officers have been instructed to take the strict actions against these fake universities those are not affiliated by UGC and still running. Remember to stay updated with all the news of Education World. Subscribe EasyShiksha, hit the bell icon below.