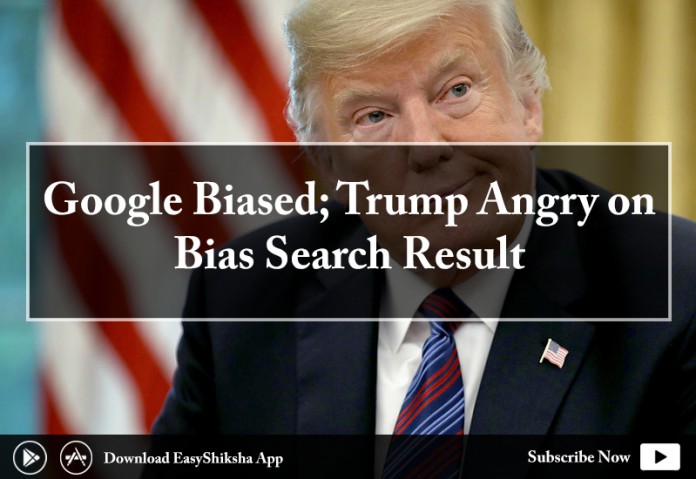 Let’s get this out of the way first: There is no basis for the charge that President Trump leveled against Google this week — that the search engine, for political reasons, favored anti-Trump news outlets in its biased results.

Trump also claimed that Google advertised President Barack Obama’s State of the Union addresses on its homepage but did not highlight his own. That, too, was false, as screenshots show that Google did link to Trump’s address this year. Why will Google try to show a biased result on this??

The basis for his allegations appears to have been an article from the conservative news site PJ Media, which alleged that a Google search for news on “Trump” was ranking “left-leaning outlets”—like CNN and the Washington Post—higher than “right-leaning sites.” By Tuesday afternoon, Trump had also warned Twitter and Facebook that they “better be careful” and are “treading on troubled territory” when it comes to their treatment of conservative views. Larry Kudlow, director of the National Economic Council, also told reporters that the administration is “taking a look at” possible regulations for Google to address its alleged bias. Google has denied that there is any political agenda in its search services.