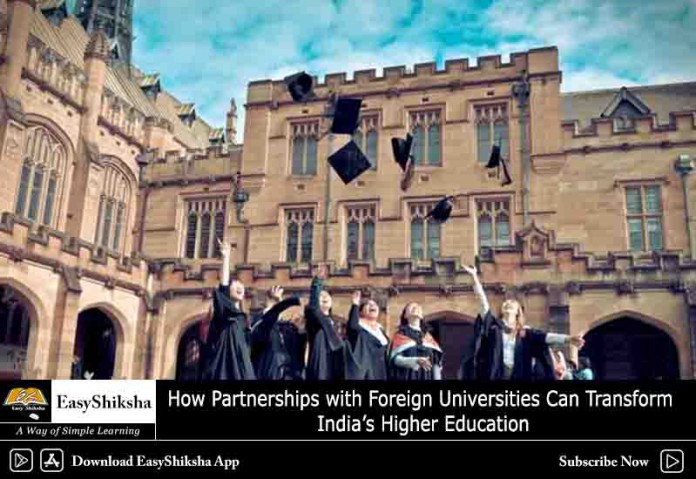 India’s ambitions to become a global influencer is predicated on the quality of education it imparts to its young. The government’s current focus on revamping the education system is clear indication of disappointment and indeed, apprehension that the demographic dividend, if denied quality education, might become a demographic drawback. Statistics that only five per cent of India’s engineers are employable can be seriously alarming.

Rising incomes combined with surging aspiration has forced many young students to seek higher education abroad. According to the Ministry of External Affairs, around 7.5 lakh Indians leave the country to study overseas each year. While the US and UK were popular choices earlier, countries like Australia, Canada, Singapore and New Zealand have emerged as preferred destinations for Indian students to pursue their higher studies. This discovery of these new destinations is likely to grow stronger as it is a strong combination of internationally-ranked education at an affordable price point in comparison with studying in the US or the UK.

Despite this cost differential, not every Indian student can afford to pay for a two-year Masters programme or a four-year Under Graduate programme abroad including living costs. Recognizing this and the pressure to modernize the curriculum and pedagogy, the Ministry of HRD made amendments to the existing UGC program by easing regulations for foreign collaborations with Indian universities. With this, the numbers of Indian universities offering twinning programs have increased exponentially, giving students a chance to benefit from global exposure while avoiding the mammoth expenses that accompany an overseas degree. Embedded in such twinning arrangements as the 2+2, for instance, are Articulation Agreements that require curriculum to be changed to incorporate new teaching and subject areas, so that students from the Indian institutions do not feel handicapped when they proceed to foreign institutions to complete the remainder period of their study. In the short-term, this is a positive and quick way to dramatically transform what many have come to term as an obsolete education system in India that would simply fail to cater to India’s legitimate aspirations to become a key global interlocuter in trade and knowledge exchange.

Changing a system that has taken root over seven decades is a monumental challenge. Unlike China or Israel, for instance, systemic change in India is resisted by entrenched interests and lethargy. We pay greater heed to information, for instance, than knowledge. Our general knowledge and quiz competitions rely more on memory recall rather than on processing information and problem-solving. Research, furthermore, has never been part of our DNA. It should be a matter of considerable angst that we have produced fewer Nobel laureates than a country like Israel, for instance, that has a population smaller than some of our metropolitan cities.

Many argue that India’s education system at all levels is simply unable to cope with the extraordinary demand it faces. Through minor tinkering and band-aid solutions, the system has plodded on churning out vast numbers of students that are largely not employable and certainly, not global in their outlook. In a world that is rapidly integrating and technology-driven, there is the very realistic possibility that India may find itself left far behind. If we are to survive in the 21st century, we need to jettison the 19th century mind-set and pedagogy.

This suggests that the education system embraces revolution and not evolution. Dramatic transformation is the only alternative available to us if India is to match its aspirations with realism.

The recognition by the government of this grand challenge and its debilitating consequence requires measures that aim at rapid and complete overhaul of the existing system. Resistance is inevitable and understandable. How the government responds will determine the future of its young and consequently, of the nation as a whole.

The current openness to collaboration with internationally-ranked higher education providers is welcome, as it allows for rewiring not only the curriculum and more fundamentally, the pedagogy. Global education recognizes that a key quotient of employability is problem-solving and multicultural team work. Testimonials of students who have studied abroad repeatedly refer to how the pedagogy emphasized learning in place of teaching. The best teachers are those who help you untap your potential and think different. As Marcel Proust once said, discovery is not the finding of new lands but of new ways of seeing. Where I might see a bicycle, Picasso saw the head of a bull, as immortalized by his phenomenal installation. This is not a shift in seeing. It is a dramatic transformation in the way we see.

The approach to India’s higher education challenge can be perceived by foreign education providers in two ways. Short-term perspective that many universities succumb to see it as a revenue-generating business proposition to capture larger market share of students seeking international education. A longer-term view, such as the one taken by the internationally-ranked Australian higher education provider, University of New South Wales [UNSW], is to participate in partnership building with quality counterpart Indian institutions. Consequently, UNSW has sought out and forged deep learning initiatives with key Indian partners both with regard to research, as also teaching. Over time, these partnerships would impact not only India’s future but that of the global community.

The UGC initiative has recognized the advantage of leapfrogging and system overhaul. If this is sustained and energized, India’s education challenge could become a grand opportunity.