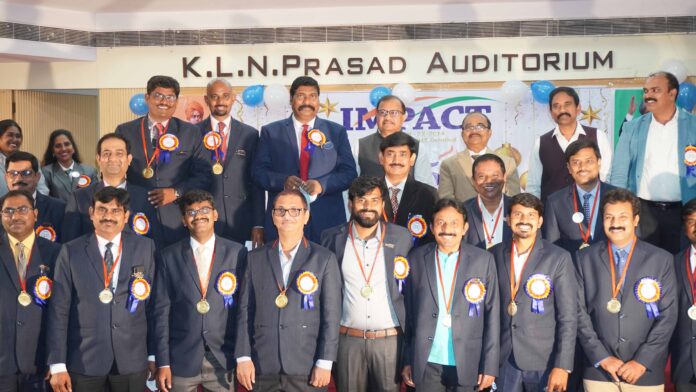 Impacts one lakh plus kids, teen and youth and developed many trainers

Impact is probably only one of its kind of voluntary organization in two Telugu states and probably one of the largest non-governmental body impacting such a large number of youth.

The foundation in the last 25 years impacted over one lakh plus kids, teens, and youth in rural areas of two Telugu states. Many of these youth are well settled in jobs in India and abroad.  The foundation also produced many trainers.

There is a long due of government recognition to this organization, given the kind of a work and service to the society it has been doing.

It has been working with an objective to produce one speaker from every house and one trainer from every village. It has been the most purpose-built foundation, which has exceeded its expectations and has come as a god-sent opportunity for many economically backward youth.

And as part of celebrations, 5 social workers were honored.

India is projected as the world’s youngest country as it has the world’s largest youth population. Over 65% of its population is said to be below 35 years. This large section of the tertiary-age population provides our country with an exclusive demographic advantage. However, despite this unique demographic dividend, a major segment of Indian graduates remain unemployable. We are filling the bridge. It is the most happening organization for the past 25 years. The goal has been to bridge the gap, by promoting and maximizing the outcome of collaborations between industry and academia, by organizing Impact Camps which range from three full days to 30-day long evening programs, now gone online, informed Dr. Gampa Nageshwar Rao, the man behind the Impact Foundation.

We made a humble beginning with a month-long training program in St. Adam School, Chikkadpally in 1996 along with Mr. Chokkapu Venkataramana. 30 to 40 youth who underwent training program procured jobs in Ashoka and Ampro Biscuit companies. This gave as a fillip to our efforts. When the youth came back and told us the impact it had created on their lives, we changed its name to ‘impact’ on a suggestion from Soma Mahesh, shared Dr Gampa Nageshwar Rao.

This continued till 2012, informed Dr. Gampa.

From 2012 we started getting requests from different cities from the then combined Andhra Pradesh and we moved to Visakhapatnam, Vijayawada, Vijayanagarm, Srikakulam, Kakinada, Anantapur, Tirupathi, Warangal, Nalgonda, Kamareddy, Nizamabad, Khammam, Karimnagar, and many other places.  The training camps varied from 3 full days duration to 30 days. The participants varied from 1200 to 3000. With 5700 unemployed attending, the Kurnool registered the highest participation ever.

In 2015 it embarked on Training the trainers. Trained many trainers, who in turn went to many educational institutions and imparted training and gained practical experience by putting the skills they leant into practice. With this, the Impact Foundation also emerged as the biggest ever organization churning out trainers in Telugu states.

Now, it has also moved into online space along with changing times. 1779 trainers were certified by Impact Foundation in this area.

During the Pandemic, it has taken up massive Public Speaking training. It trained 18000 online for 21 days.

It embarked on a program Young Minds, an initiative to train kids of 6 to 12 years for about 21 days on a wide variety of subjects of their importance. Teens too were not left behind. The foundation rolled out Teens Challenger aiming 12 years to 19 years with age-appropriate training programs.

Impact works on three broad areas: Spiritual Development, Psychology, and Nationalism. The trainers focused on health, wealth, and family management besides doing good to the nation.

Some of the trainers and speakers who addressed in 62 plus cities Telangana and Andhra Pradesh include Jaya Prakash Narayana, former bureaucrat, politician, founder, and president of Lok Satta Party; VV Lakshminarayana popularly known as JD Lakshmi Narayana, a retired police officer, a politician, an inspirational speaker; Yandamuri Veerendranath, a novelist and screenwriter, YouTuber and Trainer; Dr. B V Pattabhiram, Psychologist and celebrated magician, author, and trainer; Gottipati Satyavani, a public speaker, educator and social activist, a retired Scientist at Central Silk Board Govt of India and hundreds of others.

ALSO READ: Learning can be made smarter by going beyond the hybrid mode of teaching 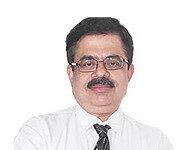 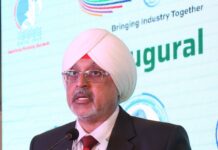 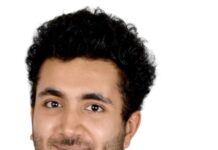 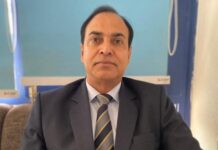