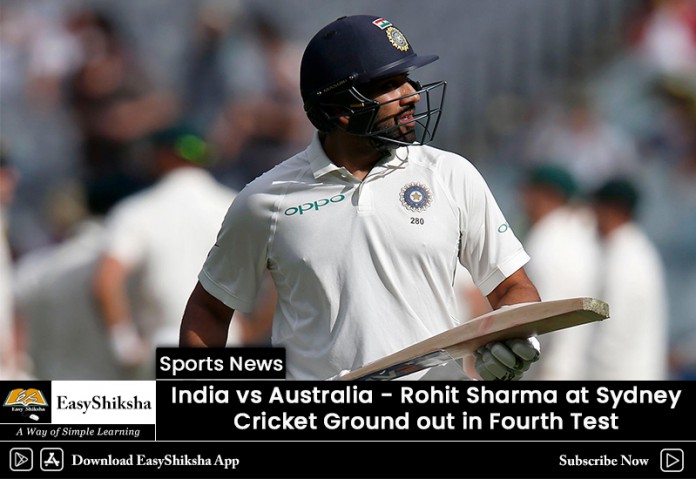 The Indian team will need to make do without volatile Indian batsman Rohit Sharma for its fourth and final Test of the Border-Gavaskar Trophy because he has flown back to Mumbai to be with his spouse as the couple was blessed with a baby girl last night.

An Instagram story posted by Ritika’s cousin Seema Khan, who is also Sohail Khan’s wife, proposed that the couple has been blessed with a baby girl.

Rohit Sharma and Ritika were married following the ICC Cricket World Cup in 2015. The duo had managed to conceal the maternity information for quite some time but photographs posted on social media recently revealed the couple was expecting a brand new member in the household.

Rohit played two Tests on the tour, scoring a half-century in the MCG in India’s first innings. In four innings, the middle-order batsman scored 106 runs at 35.33 with the maximum rating of 63 not out. He had to miss the second Test match due to an injury.

India regained their lead at the ongoing Border-Gavaskar Trophy with an emphatic 137-run win in the Melbourne Cricket Ground (MCG) on Sunday.

“It would’ve been fantastic to have him (Rohit) around,” The Times of India quoted a source as saying on Monday. “Tactically he brings a lot to the side and his batting provides the right type of balance to the side. But what awaits him is far larger and more important.”

Rohit’s absence opens doors for Hardik Pandya who flew to Australia following the second Test match. Pandya was left from this group for the first two matches as he was recovering from a back injury. But, Ravichandran Ashwin or Kuldeep Yadav are also choices for India in the spin-friendly nature of the Sydney Cricket Ground (SCG).

Australia has comprised leg-spinning allrounder Marnus Labuschagne within their group for the last Test starting January 3.