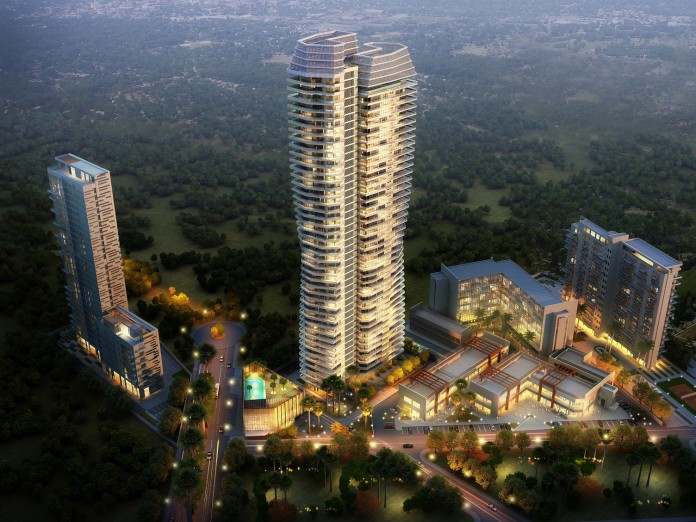 The real estate sector is on revival, showing the early signs of growth on the back of expected favourable monsoon and cut in key interest rates. It has a lot to do with the way economy is shaping up by the myriad progressive initiatives taken by Union Government. Despite the Chinese slowdown in the first quarter of FY 2016, the sector has displayed positive growth. However, amendment in the Real Estate Act which lead to the formation of RERA and foreign investment coming in the country pose a brighter picture for the sector which has suffered in the past due to delay in projects and lack of a regulatory authority.

The future of Gurgaon real estate sector seems promising as it has become the favourite destination for home buyers of NCR and also, the clearance for Northern Peripheral road contributes to further hope. The budget 2016-17 has pointed out preference to this segment, which is in accordance with the ‘Housing for All Scheme’, which was started in 9 states across India. This is likely to boost the supply of affordable homes which accounts for 90% demand of all the housing demands across the country. This upsurge will give the sector a much needed breather. The first quarter of 2016 has seen a sale of 42,521 units as compared to 39,001 units sold in Q4 of the financial year 2015 – an increase of 9%.

Aman Nagar, Director, Paras Buildtech says, “The residential sector has faced considerable slump in 2015-16 because of the downfall of the market. The realty sector is heading for a boost in sales because there is much awaited forecast of a good monsoon that will bring new life in the economy and reduce inflation. Moreover, the new Real Estate Regulatory Act is supposed to ensure transparency in the sector and will bring back consumer trust which will in return foster investment in the market.”

There are no second thoughts over the fact that Global scenario does influence the sector in many ways, but the current low inflation rate along with a surging economy will definitely attract faster growth in the remaining of 2016 or by the first quarter of 2017.  “Indian realty sector has already started to show some encouraging signs and we are expecting a strong growth in the second half of the year. It can very well be credited to government’s initiatives like step-by-step liberalization of FDI norms in construction and development over the past two years, focus on affordable housing and a strong regulatory act. With Government’s determination to streamline the India’s overall economy and to bring transparency in real estate sector, a robust growth of the sector seems very likely.

Real Estate (Regulation and Development) Act has helped in building people’s trust towards the sector; this coupled with availability of affordable housing and falling interest rates has triggered demand in the residential segment. There had been an upsurge in the launches of residential projects, starting this year driven by rise in demand especially in the affordable housing segment. A recent report also showed steep rise in private equity investments in real estate with a focus on residential segments. The interesting factor is that the industry is seeing more demand from buyers and end users currently which strongly present their renewed trust in the sector,” said Vivek Singhal, Group President, M3M Group.

“India’s residential sector has been going through tough times from past few years. However the scenario is going to be better now with changes in the economy and Government initiatives. Indeed the residential sector is going to witness faster growth and there are various factors behind it. The signs of economic revival along with foreign investment in the country are one of the factors among others. Also, the improving regulatory environment in the real estate sector, coupled with progressive Government schemes like Smart Cities, AMRUT and ‘Housing for All by 2022’, are beginning to have a positive influence, said Rajesh K Gouri, Vice President, Homestead.