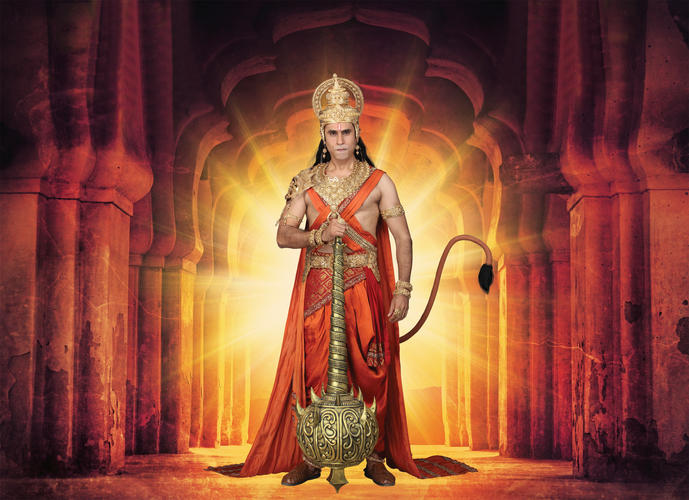 Having played roles like Shani Dev twice in the past supremely talented actor JitenLalwaniwill be seen playing the compassionate role of Kesari, Lord Hanuman’s father in &TV’s upcoming mythological show Kahat Hanuman Jai Shri Ram. This is his third stint in a row with mythology and like every role, Jiten is leaving no stone unturned to portray his best side. While the actor practices yoga, he is simultaneously also focusing on muscle gain for the character. Rather than resorting to junk food, the actor has chosen the healthy route.

Lean yet fit in his appearance, Jiten wasn’t too fond of the gym routine and never imagined going to one. Given the actor’s appearance had to be bulky and strong, hence muscle gain became a priority. Talking about setting up this new fitness regimen the actor said, “When I had initially discussed my role with the makers, the decision was not to bulk up but just maintain toned physique. Initially, the sudden change was difficult to cope up, but eventually, I got used to the new regime of gymming every day in the morning before leaving for my shoot. It’s been 5 months since I adapted to this lifestyle change and I honestly see the benefits coming from it. In fact, have noticed a difference in my muscle strength and in my body. Although I have put on 5Kgs, the weight is looking great on me for the role and in fact, helps me avoid any kind of resistance towards the new exercise routine.”

The actor not only started gymming but also altered his diet and took the route of low-carb high protein diet to maintain the fat level in the body. Sharing this diet change Jiten said, “Even though I always ate healthy food, but with this new regime, I have started calculating and monitoring my daily food intake and calorie count. Initially, when I started, it was a bit boring to eat the same kind of food but my wife came to my rescue and started cooking different varieties to keep me going. It is important for everyone to follow a balanced diet, especially while working out. I do hope people notice this new me and appreciate it.”

Considered as the epitome of ‘Bhakti’ and an incarnation of the powerful and supreme Lord Shiva, Lord Hanuman was created as the most powerful being on earth with a certain purpose and potential. While many Gods hold a prominent position in a devotee’s life for various reasons, for Lord Hanuman it was his unyielding devotion and his selfless dedication to Lord Ram that made him the most renowned of devotees to have ever existed. To visually represent the true essence and strength of His ‘bhakti’ towards Lord Ram and capture His many unexplored sides of dedication and power, &TV is all set to present a fascinating tale of ‘devotee and devotion’ with its show titled ‘Kahat Hanuman Jai Shri Ram’.

Kahat Hanuman Jai Shri Ram airs every Monday to Friday at 9:30 pm only on &TV