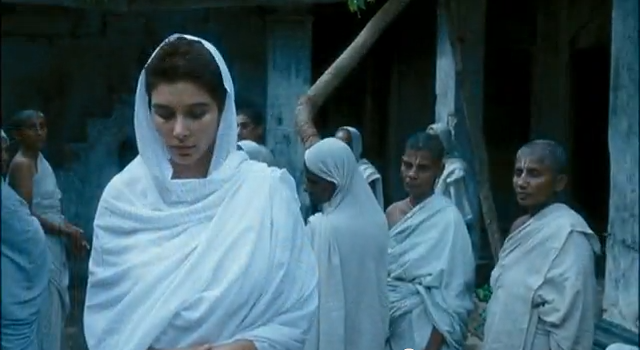 As per World Health Organization, mortality from COVID19 tends to be higher for men.1

As widows continue to be one of the most exposed and vulnerable groups, the webinar focused on the possible implications of COVID19 on them and build global momentum towards social and economic support.

Focusing on the need for government’s support to address this challenge, UN Secretary General António Guterres conveyed that as we work to build back better from this crisis, recovery efforts must be accompanied by long-term structural changes, including ending discriminatory laws that deny women equal rights to men and ensuring the availability of social protection, so that women do not start out at a disadvantage. We also need quality data, broken down by age and sex, to ensure that widows are counted and supported, now and in the future.

Talking about the importance of International Widows Day, Mrs Cherie Blair QC CBE, Former First Lady of UK and  President, The Loomba Foundation, shared “Unless we don’t empower widows to play their full role, we cannot realize the real potential of our country that we are all working towards. During COVID19, there are going to be many newly widowed who will need our support as they fight these challenging times, because they are still disadvantaged in the society and face prejudices. Neither they or their children should be expected to make any sacrifices”

Adding to the same, Mr Amitabh Kant, CEO Niti Aayog, Government of India shared “The COVID19 lockdown has left widows exposed as a vulnerable group with no access to finance to support their children or themselves. While the Government is responding to the situation by advancing pensions directly to their account, the role of civil societies, voluntary groups and citizens is extremely important”

Reinforcing the need for immediate international action, Lord Raj Loomba, Founder and Chairman, The Loomba Foundation shared “As per latest estimates, there are 258 million widowed women globally and the current figures will be much higher especially as COVID19 has exacerbated this situation. It is likely to leave many women newly widowed at a time when they are cut off from their usual socio-economic and family support. The role of local governments to support their welfare cannot be undermined, and the G20 countries must find a way to help support these grassroot efforts”

Highlighting the challenges faced in Sierra Leone, Mrs Fatima Maada Bio, First Lady, Sierra Leone shared “Traditionally, access to finances and inheritance rights have been the biggest challenges for widows. They not only fight the loss of their partner but are also left isolated and homeless. In our country, apart from COVID19, we have a history of war and Ebola pandemic that have escalated the situation. As widows continue to be vulnerable, their children and they often also become victims of rape and early marriage”

Ms. Simone Mensah, Vice President, Sylvia Bongo Ondimba Foundation also chimed in “It is extremely important for us to work together and change the atrocious practices against widows to support human rights. Widow empowerment is a vast domain that merits us to work in a dedicated and concerted manner.”

About The Loomba Foundation

The Loomba Foundation was established in the UK in 1997 by Lord Raj Loomba CBE and his wife Lady Veena Loomba, in memory of Lord Loomba’s mother who became a widow at the early age of 37 and succeeded educating all her seven young children single handedly. Loomba Foundation is accredited by the UN Department of Global Communications and the Economic and Social Department (ECOSOC).

In India, the Loomba Foundation till date has educated over 10000 children of poor widows in all 30 states, who received a monthly scholarship of Rs.500 per month for a period of five years or more.

In 2005 the Loomba Foundation launched International Widows Day at the House of Lords in the UK, as an effective day of action for widows and their children around the world. After a tireless campaign for five years the UN adopted 23rd of June as the UN International Widows Day at its 65th UN General Assembly in 2010. 23rd of June is a significant day as it was on this day Lord Loomba’s mother, Shrimati Pushpa Wati Loomba, became widow in Punjab in India in 1954.

Since 2010, IWD has been a reminder for concerted efforts dedicated to highlighting and combating the discrimination and injustice faced by widows worldwide, the IWD has helped to expand efforts by concerned individuals and organisations to positively impact the lives of widows worldwide.