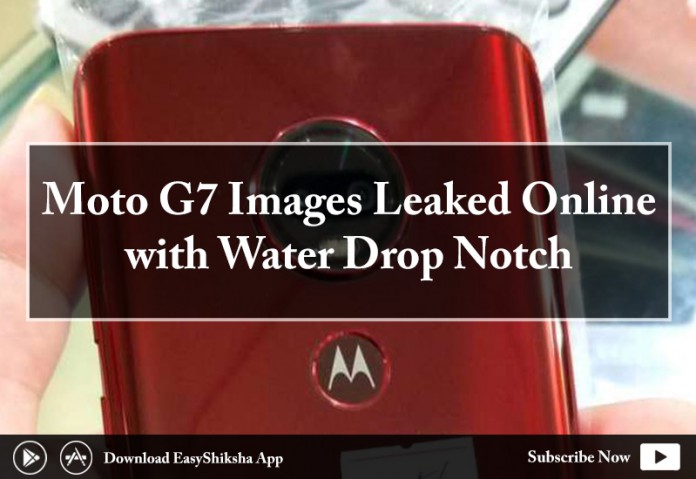 Just after the launch of Moto G6 by Motorola the company is already started working on its predecessor. The next mobile of the Moto G series picture are liked online and were seen first on Weibo. And now the images are spread wildly over the internet. In the picture one can see that phone will feature a water drop shaped notch and there is no fingerprint sensor at front.

According to the leaked image, the device display shows it to be the Moto G6 Plus. However, on the contrary, the text accompanying the images claim for the device to be the G7. Additionally, Moto G6 Plus has already been launched in Brazil and it doesn’t sport a notched display.

Most OEMs are now following the trend of a bi-annual refresh cycle, and Lenovo-owned Motorola may follow suit. The leaked images suggest a glossy back, with a rear fingerprint scanner (Moto logo embossed inside), and a dual rear camera setup stacked horizontally, and the flash sitting below it. The cameras are protected by a circular ring surrounding the two lenses. The back also sports tapered edges for better gripping. The front is all display, with a slight water drop notch and no bezels on all the other sides. We can spot the onscreen buttons on the display as well.

Should the pictures indeed be the Moto G7, they have leaked well ahead of the usual spring release date for a Moto G series phone. The Moto G6 was first released in April this year, meaning it has only been available for four months.