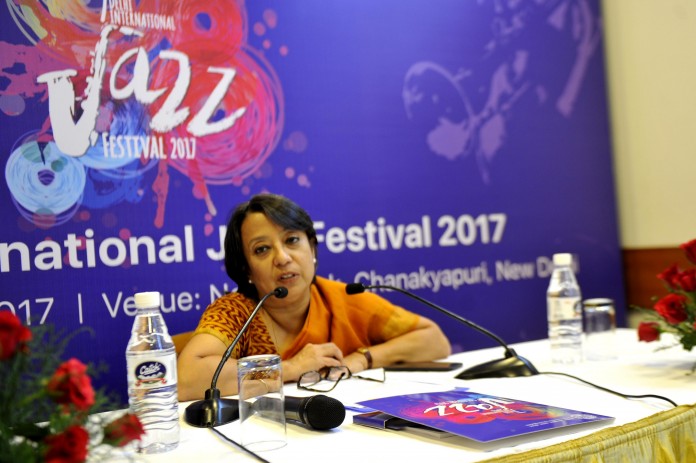 New Delhi, 16th September: The city of New Delhi is set to host the 7th Delhi Jazz International Festival at Nehru Park, Chanakyapuri from 23rd – 25th September 2017.   The three-day gala festival to be organized by Indian Council for Cultural Relations will witness the convergence of top music artists from countries such as France, Israel, Korea, Mexico, Spain, Taiwan, South Africa and India.

Speaking on the occasion Smt. Riva Ganguly Das, Director General ICCR said, “The event will feature performances of seven international and three Indian Jazz groups.  Along with the famous bands, there is an opportunity to hear the popular band groups from India as well. Organized since 2011 by Indian Council for Cultural Relations, this Festival is a treat for Jazz lovers in India.”

Artists from across the globe will be attending the 3-day event. Taking the stage will be Indian and international bands; some of the most famed musicians from the different part of the world will be participating in the festival. These groups will also be performing in Goa, Guwahati, Aizawl, Shillong, Bangalore, Pune, Mumbai, Varanasi and Jaipur afterward.

“ICCR believes that music can play a key role in engaging in creative dialogue with other nations. Festivals like these help us in understanding cultures of other countries and also gives the opportunity to our own people to interact with world class performers”  Smt. Riva Ganguly Das further added.

Jazz originated in the late 19th century in the African American communities. The Jazz genre had gained popularity across the boundaries and the music moved across regions and soon out to the world.  ICCR played an important role in spreading the genera within Indian boundaries by holding International Jazz Festival for past seven years. The Festival organized by Indian Council for Cultural Relations experienced great appreciation and overwhelming responses from the audiences of Delhi and other parts of India.

This Festival is for Jazz lovers in India.  Performance of live Jazz music in the beautiful Nehru Park, is something that music lovers look forward to eagerly every year. So all jazz enthusiasts, gear up to groove to the melodious beats!

About Indian Council for Cultural Relations

The Indian Council for Cultural Relations (ICCR) was founded in 1950 by Maulana Abul Kalam Azad, the first Education Minister of independent India.

Objectives of the Council are to participate in the formulation and implementation of policies and programmes relating to India’s external cultural relations;  to foster and strengthen cultural relations and mutual understanding between India and other countries; to promote cultural exchanges with other countries and people; to establish and develop relations with national and international organizations in the field of culture; and to take such measures as may be required to further these objectives.

The ICCR is about a communion of cultures, a creative dialogue with other nations. To facilitate this interaction with world cultures, the Council strives to articulate and demonstrate the diversity and richness of the cultures of India, both in and with other countries of the world.

The Council prides itself on being a pre-eminent institution engaged in cultural diplomacy and the sponsor of intellectual exchanges between India and partner countries. It is the Council’s resolve to continue to symbolize India’s great cultural and educational efflorescence in the years to come. 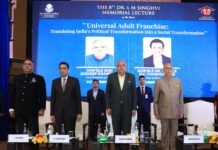