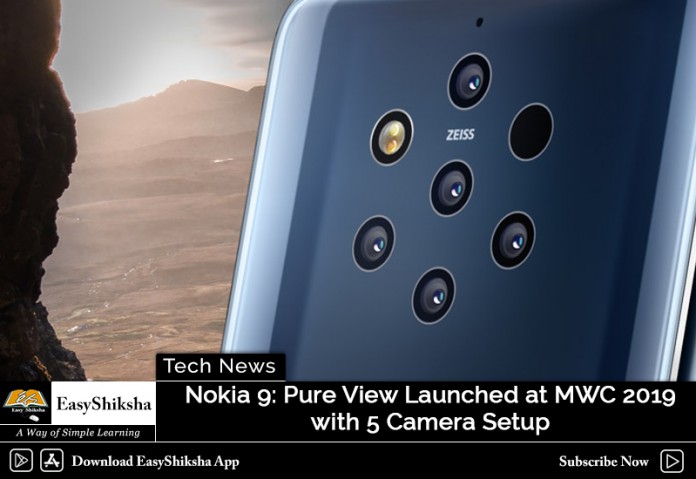 There was a time when rumor were out of Nokia working on 5 camera setup, no one was quite sure that they were actually were until that back case leak images. But now finally Nokia made an official announcement of the phone and it is launched in the market with the name Nokia 9: Pure View. HMD has invested a lot this phone. This phone got out in MWC 2019, Barcelona (Mobile World Congress 2019) on Sunday. With Google One Program its Penta-Camera setup was main attraction.

This setup is comprised of 3 monochrome and 2 RGB Camera, all having f/1.8 aperture. The new generation PureView camera is a unique beast and in capable hands at a picturesque location it can produce some truly stunning images. Here are some official shots from HMD.

As we told you already, three out of Nokia 9’s five cameras shoot in Black and White. No Bayer filter means more light reaches the sensor, which is great for low-light shooting, but it also enables native B&W shots. Speaking of low light, HMD claims that this PureView camera captures 10 times more light than a single sensor. So, here are a few shots taken at dusk.

Starting with the imaging capabilities of the phone, the Nokia 9 PureView’s camera system has been developed in partnership with Light. HMD Global has also worked with Qualcomm and Google to optimise the camera setup to fully utilise the Snapdragon 845 SoC’s power and work well Google’s Photos app. The phone packs five rear cameras with Zeiss certified lenses, which are joined by three 12-megapixel monochrome sensors and two 12-megapixel RGB sensors. Each of these cameras is triggered when a person takes a shot and then the phone fuses these photos together to create a single image. In the front, there is a 20-megapixel selfie shooter.