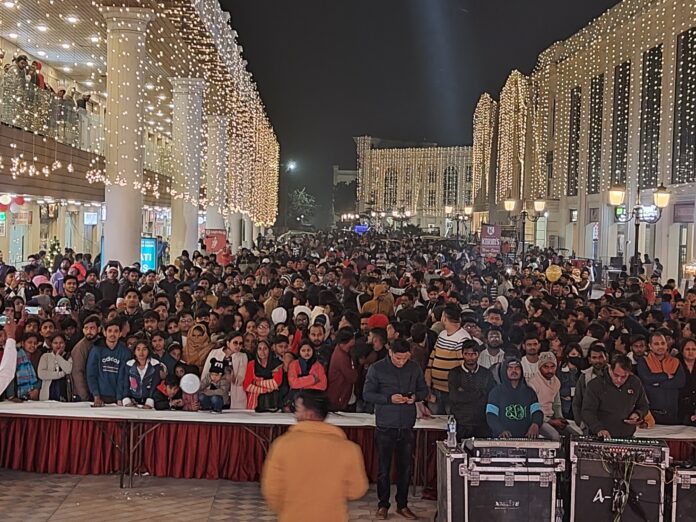 Faridabad, 27 December 2022: World Street Faridabad celebrated Christmas with great pomp on Sunday evening. The festivity which saw more than one lakh people participating in the grand celebrations witnessed several fun activities and events such as the Selfie booths, Santa Claus and his Santorini were major attractions. Besides, dragon dance, cartoon characters for kids, a Bollywood dance troupe, Mirror Man, and Raunak-e-Yash: Live Sufi band performance also enthralled the audience. The event was hosted by Anchor Shweta Kapoor, who also engaged the audience with games such as Paper dance and many more family games. Followed by elaborated arrangements for food and drink, another major delight for families and children to cherish the event.

The event was well received by the people, who thanked World Street for organizing the Christmas event. Even though it is a festival of the Christian community, people from every faith and religion celebrate it with great enthusiasm on 25 December every year. It is famously called ‘Bada Din’ in India. The fun of this festival doubles as schools and colleges and offices are closed during this time.