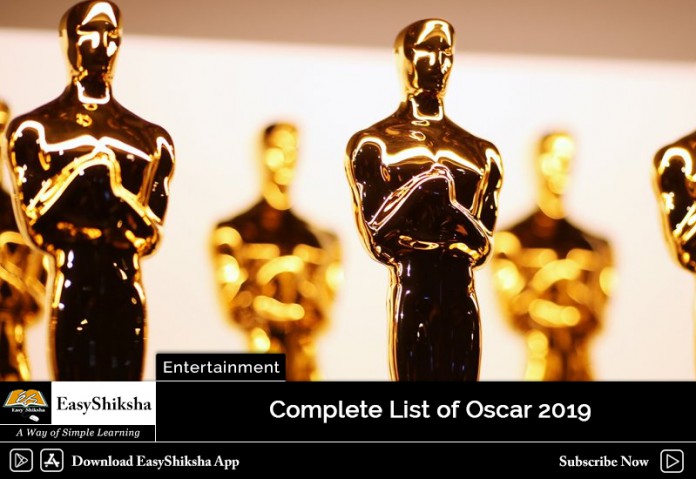 The Oscar Academy Awards have announced all of its winner in different categories but cutting out some categories. The ceremony started with some awkward moments and some jokes those didn’t go well but still had some audience pleasing moments. Also this year there were no host of the show. The attempts to shorten the show by cutting some awards, while simultaneously adding more crowd-pleasing elements, led to a lot of online backlash.

But the ceremony did give a little more time to the winners of some of the bigger awards. It was a night of firsts: Spike Lee won his first non-honorary Oscar, for co-scripting BlacKkKlansman, and delivered a shaky, emotional speech that was one of the evening’s few nods toward current politics. Black Panther, which picked up three wins out of its seven nominations, became the first Marvel Studios movie to win an Academy Award.

Here is the full list of Oscar 2019 Academy Award winners:

Actress in a Supporting Role — Regina King, If Beale Street Could Talk

Best Actress in a Leading Role — Olivia Colman, The Favourite

For the list of the Nominations refer to this article: (Link Previous Article Here)