Bangalore, July 11, 2022: Dr Mohan Ji Bhagwat, Sarsanghchalak of the Rashtriya Swayamsevak Sangh (RSS) will deliver the first convocation address of the Sri Sathya Sai University for Human Excellence, a varsity in Karnataka that provides completely free of cost education to rural first-generation learners from economically downtrodden backgrounds, according to a statement here.

ALSO READ: how edtech companies are bringing quality education to the doorstep of millions

On behalf of the University, the RSS leader will also provide honorary doctorates to six eminent citizens, including nuclear physicist Dr R Chidambaram, who played a key role in India’s peaceful nuclear tests in 1974 and 1998; former ISRO chief K Kasturirangan; and cricketing legend Sunil Gavaskar at the Muddenahalli campus of the Sathya Sai University, about 40 kilometres from Karnataka’s capital Bengaluru.

“It would be an honour for us to host Dr Mohan ji Bhagwat on July 13 for the first convocation at our campus. At the ceremony, he will award honorary doctorates to six eminent Indian citizens, who have played important roles in the fields of science, space, nuclear technology, music, sports and social development”, the Founder of the varsity, Sadguru Sri Madhusudan Sai, said in a statement.

The RSS leader will visit the Veda Gurukulam, a school on the campus that provides Vedic education, the statement by Sadguru Sri Madhusudan Sai added. Dr Mohan ji Bhagwat will also visit the free super speciality hospital run by the Prashanthi Balamandira Trust (which has established the University) which is now geared up to grow in to India’s first free medical college under the University.

Eminent space scientist and former ISRO chief Dr K Kasturirangan, who played a key role in the development of geosynchronous satellite launches, and eminent cricketer Sunil Gavaskar, who continues to be globally recognised as one of world’s top cricketers and commentators, would also be awarded honorary doctorates, along with eminent musicologist and Padma awardee M Venkatesh Kumar, eminent environmentalist from Assam, Purnima Devi Barman, who mobilised 10,000 rural women and made them bio-diversity ambassadors in their region, and C Sreenivas for delivering free healthcare services to millions.

Sri Sathya Sai University for Human Excellence is the higher education wing of the Sri Sathya Sai Loka Seva Gurukulam Group of Institutions that is spread across 27 Campuses in 20 districts in Karnataka, one in Telangana and one in Tamil Nadu. The main aim of the Institution is to impart high quality, values-based education, on the foundation of the ancient Indian ideals.

The most noteworthy point is that almost half of the students graduating from this University are first generation literates! In order to impart the right kind of education that will prepare students who will dedicate their lives for the cause of nation building, the University offers completely free of cost education, including boarding and lodging, to the rural youth. Thus, this convocation is a celebration of not only education, but also of service.

Inspired by the ancient Indian way of education that caters to all aspects of human development with spiritual evolution at its very core, the Sri Sathya Sai University for Human Excellence was established as a Private University under the Karnataka Legislative Act 2018 at Navanihala Village, Kamalapur Taluk, Kalaburagi District in Karnataka. The University encapsulates values-based integral education in a unique residential environment, with the core idea to create individual excellence in all fields of knowledge, and with the purpose to promote and propagate science, humanities, all forms of fine arts, and spirituality, free of any tuition fees or other charges, based on the ancient Indian gurukula system of education, to all students without any discrimination.

‘Redemption of one’s own self and the welfare of society’ is the principle on which the Sri Sathya Sai University for Human Excellence has been founded. The emphasis at the University is, first and foremost, on a perfect balance between spiritual education and material education, or rather, between the means of living and the ultimate goal of life.

Sadguru Sri Madhusudan Sai spearheads the mission of love and service as propounded by Sri Sathya Sai Baba. Walking in the footsteps of Baba, his Guru and God, Sri Madhusudan Sai is instrumental in establishing various humanitarian service projects across 33 Countries. Since 2011, he has been leading dedicated volunteers and passionate individuals to establish institutes of excellence in Education, Healthcare, Nutrition and Spirituality across the world.

Over 170,000 little hearts have been mended at the temples of healing and 5,000 rural children have been empowered with values-based integral education at the temples of learning, and 11 Centres for Human Development in 11 countries have been established to carry out spiritual and service activities across the world. The life of Sri Madhusudan Sai is indeed a reflection of Baba’s message of love and service, as several lives are being illumined through these benevolent acts of service every single day. 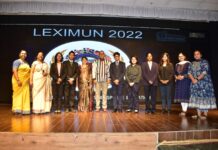 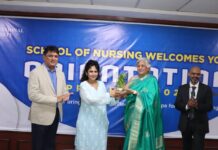 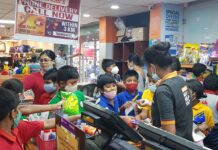 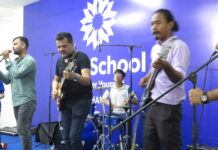 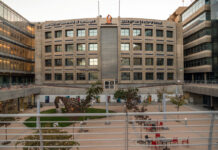 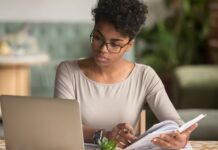 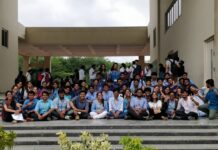 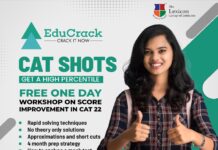