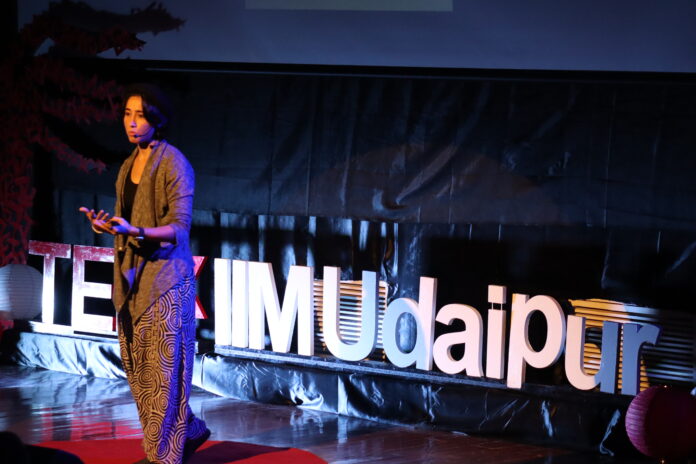 November 28th, 2022; Jaipur: The third edition of TEDxIIMUdaipur, an independently organised TED event, took place in the IIM Udaipur campus. The theme of the TEDx event was ‘Change is the only constant’. TED, a non-profit organisation based out of New York and Vancouver, is dedicated to propagating ideas through impactful speeches by visionaries and change-makers. TED started in 1984, covering topics in Technology, Entertainment and Design. Today, it encapsulates almost all topics in more than 100 languages worldwide.

TEDxIIMUdaipur was conducted in the new campus of IIM Udaipur for the first time since it moved from its old campus at MLSU to Balicha. The event hosted eight speakers from various parts of India who have positively impacted the lives of many. The speakers and the change-makers included Ms. Tanvie Hans, an Indian-born British professional footballer who played for Karnataka women’s football team and previously played for English clubs Tottenham Hotspurs and Fulham.

The second speaker was Ms. Shivani Singhal, who works at ‘Dharohar’, a social enterprise that delivers structured corporate volunteering focused on learning and development, which maximises the benefits to the community, individual and business.

The third speaker was Jasmina Khanna, who was diagnosed with Cerebral Palsy at birth. She can only type with one finger but has built a successful career as a software tester, even with all the odds. She is also the Vice President of Access to Hope. She shared her journey from being a child born with cerebral palsy to graduating from one of India’s finest colleges, working as a software tester and establishing Access to Hope.

The fourth speaker was Ashok Deshmane, founder of an NGO named Snehwan – a home for children of marginalised and drought-affected farmers. Mr. Deshmane has won numerous awards, including the Zee TV real Hero award and the Social Innovator – University of Washington.

The fifth speaker of the TEDxIIMUdaipur was Maharaj Kumar Sahib Lakshyaraj Singh Ji Mewar of Udaipur, Prince of Udaipur, who is a Philanthropist, Educationist, Sports Patron, Business Leader and Six times Guinness World Records Holder.  He shared his thoughts on the value and perception of time. He also elaborated on the idea of growing through life rather than just going through it, suggesting that education drives positive change.

The sixth speaker was Saheli Chatterjee, founder of an agency named Ambifem which is dedicated to growing brand presence on social media. She has a dedicated YouTube channel where she posts videos on her skills, book reviews, and her experiences and learnings from freelancing.

The seventh speaker was Chirag Bhandari, founder and CEO of Ennoble Innovations. He is also an entrepreneur and a strategy consultant. He identified and empathised with the challenges of rural school students and started the mission YeloGreen in 2018, providing the students with eco-friendly and recyclable desks, mats and other necessities.

The last speaker of TEDxIIMUdaipur was Commodore Varun Singh, an Indian Navy Officer & Gallantry Award Winner. He is an alumnus of Kendriya Vidyalaya Kochi and National Defence Academy and was Commissioned on 1st July 1993. Carrying on the unfinished dreams of his father and uncles, he completed one of the most demanding and longest physical courses of the Armed forces, the Clearance Diving and Marine Commando course.

The speakers shared anecdotes of their lives and how they embraced change in life or brought a positive change in the lives of the people around them, motivating and leaving the IIMU community with teary eyes. The stories of the change makers impacted the lives of the listeners at TEDxIIMUdaipur.

IIM Udaipur is one of the fastest-growing management schools in the country and is breaking ground by focusing on world-class education. IIM Udaipur has recently been listed on the QS 2022 Masters in Management (MIM) Rankings and is the youngest B-School in Asia to feature in the Global FT MIM Ranking 2022 for its two-year MBA program. IIM Udaipur entered the realm of advanced education by receiving AACSB (Association to Advance Collegiate Schools of Business) benchmark accreditation just eight years after its foundation. Due to this distinguished accreditation, IIM Udaipur joined the ranks of just 5% of the prestigious Business Schools of the World. 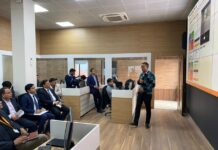