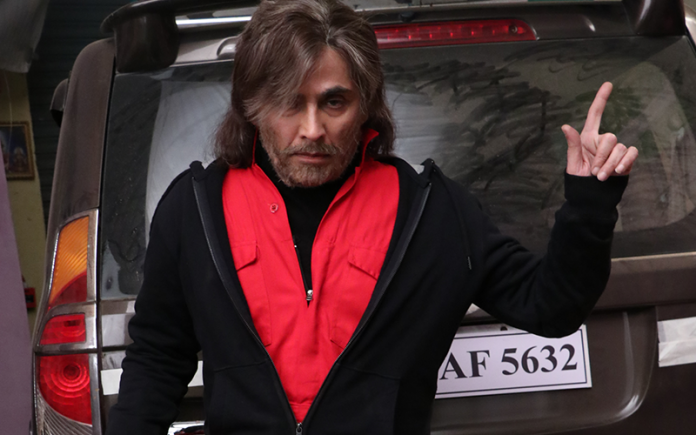 The megastar, Amitabh Bachchan has been an inspiration to many. The latest being our Aasif Sheikh who essays the role of Vibhuti Narayan Mishra in &TV’s ‘Bhabiji Ghar Pe Hai’. The actor is once again set to entertain and enthrall the audience with yet another comical twist through his special look, inspired from none other than Big B’s infamous ‘Shahenshah’ movie in the upcoming episode.

In this special plot, the audience will get to see their favorite actor Aasif Sheikh portraying a double role, one that of Vibhuti and other his lookalike, Kallu, a goon! The look of Kallu will be a bearded look with close resemblance to Amitabh Bachchan’s Shehenshah’s character. Speaking about the look, Aasif Sheikh commented, “I like bearded looks and when the character of Kallu came up, I decided to seek inspiration from AB’s Shehenshah. I happened to notice the movie poster on an auto rickshaw and that’s when I decided on how Kallu’s look should be, and thankfully the production house too instantly agreed.”

Adding further, Aasif said, “Shahenshah’s character, I felt was the accurate representation of a strong headed person. Although Kallu is a comical character, I wanted that look to showcase a bit of strong headedness to his overall comical persona. No doubt, the character was rather interesting to essay and had my chance to enact his deep voice too.”

In the upcoming episode, an anonymous person has kept a pen drive in Anita’s bag while she was shopping. A famous don and his team members follow her to get the pen drive but are shocked to see the similarity that Vibhuti shares with their team member. In attempt to locate the lost pen drive, the goons kidnap Vibhuti and replace him with his look alike, ‘Kallu’  a criminal with a speaking disability who pretends to live Vibhuti’s normal life.  He is not only living with Anita but also flirts and misbehaves with Angoori Bhabhi. Kallu’s life takes a twist when his actions towards Angoori and other people land him under Anita’s glare of doubt.

To know more, tune in to Bhabiji Ghar Par Hain every Monday to Friday at 10:30 PM only on &TV