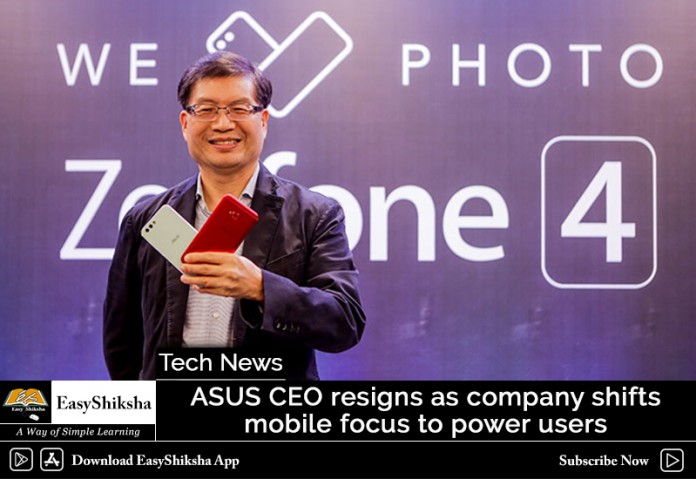 ASUS declared that long-time CEO Jerry Shen is stepping down ahead of”a comprehensive corporate transformation” — part of which involved a new co-CEO arrangement, in addition to a major shift in cellular strategy to focus on gamers and power users. To put it differently, we are going to be seeing more ROG Phones and maybe fewer ZenFones, which is a way to acknowledge defeat in what ASUS chairman Jonney Shih described as a “bloody battlefield” in his interview with Business Next.

Throughout his 11 years serving as CEO, Shen oversaw the initiation of series, Transformer series, ZenBook series, and the series. Prior to that, Shen was also credited as the major creator of the Eee PC, the machine which kickstarted the netbook race in 2006. The report also goes on to assert that the board of supervisors at Asus will invest in the fields of AI B2B, and software to diversify itself. It is also likely mergers and acquisitions amounting to TWD 10 billion (approximately Rs. 2,300 crores) in the not too distant future. Speaking with Taiwanese blog BNext, Asus chairman Jonney Shih reported that this diversification comes in the wake of the market focusing on areas like AI and IoT. He also states that he will personally supervise the new company that is mobile and work with the two co-CEOs to operate the plan. The global cellular market, he states, is a “damn battle” in which OEMs are trying to cut whatever cost they can to gain some share.

In a statement to China, Asus announced its new “mobile transformation program” wherein it will concentrate on power users and e-sports lovers because of its customer base. This hints towards a move out of cheap ZenFone smartphones to the more superior ROG (Republic of Gamers) series. For this change, Asus has reportedly set aside an expected loss of TWD 6.2 billion (approximately Rs. 1,400 crores) which includes expenses such as stock losses, amortization of exemptions, and organizational alteration fees.