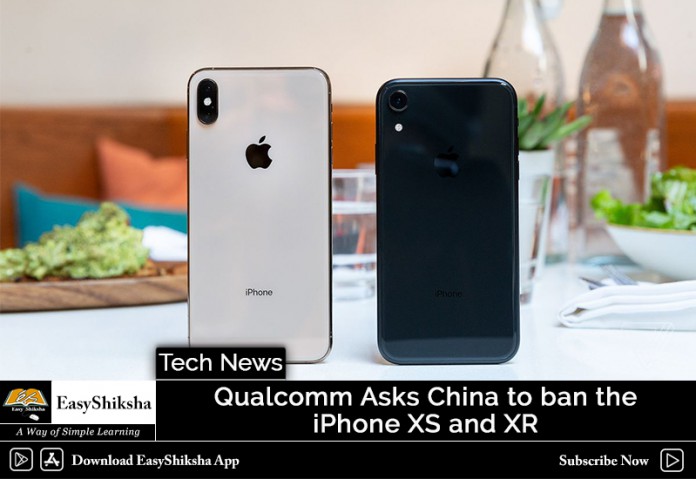 The Financial Times says this added pressure from Qualcomm is actually supposed to nudge Apple toward settlement talks. iPhone XS and XR The two companies are in an extended battle across the globe, and Qualcomm has appeared to be on the losing side. Not only is Apple after it, but a lot of authorities have gone for alleged anti-competitive behavior, similar to what Apple is suing over. In several countries, Qualcomm has already lost. The chipmaker is currently trying to put additional pressure on Apple in the hopes of forcing the manufacturer into settlement talks, after claiming a vital breakthrough in the two firms’ legal battle over royalties and smartphone patents.

Qualcomm is asking courts in China to prohibit sales of the hottest iPhone XS and XR, after winning a preliminary injunction there against Apple models. Apple said on Monday that all of its mobile models remained on sale and it had filed a petition for reconsideration with the courtroom, the very first step in a lengthy appeal process which might wind up at China’s Supreme Court. Apple had said its three-dimensional versions released in September were not a part of this case.

Qualcomm managed to acquire the first ban on 6S Plus, the 6S, 7, 7 Plus, 8, 8 Plus, and X by signaling to a court it was possible to win a patent infringement case. Apple appears to be arguing that if Qualcomm does triumph, these patents wouldn’t be infringed with its latest operating system, which means the sales ban is not being violated.