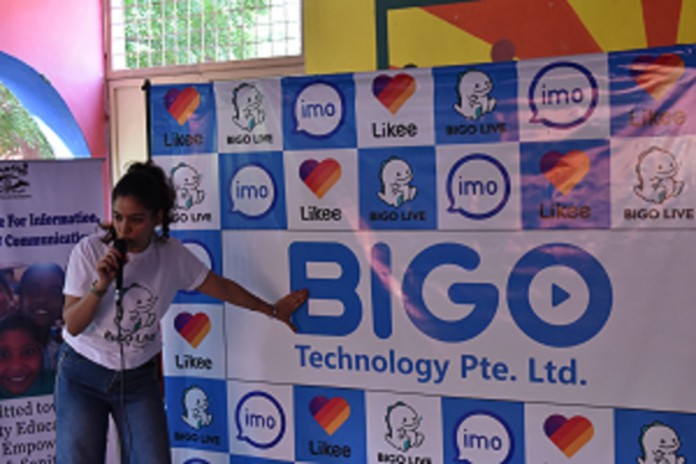 New Delhi, 23 October 2019: BIGO Technology – A leading Singapore internet technology company has joined hands with Sakshi NGO to make this Diwali a special occasion for more than 400 underprivileged children from a government school based in Gurugram via an online and offline #joyofgiving campaign .

Many activities were organized for the children, including a painting competition to encourage children to showcase their talents. The winners of competition were rewarded with BIGO Tech merchandises. Adding to the fun, influencers affiliated with BIGO such as Aakriya Panwar & Amanpreet from Bigo Live and Sana Khan and Kunal Sharma from Likee also participated in the program and conducted a Music/Dance/Storytelling gig for the children. To further lift the spirits of aspiring young talents, BIGO also distributed BIGO sweatshirts, stationery kits, and trendy tote bags.

BIGO has been actively contributing to building a safe and trusted digital ecosystem that promotes infotainment and upliftment of the underprivileged people, through their education channel. This initiative tangibly demonstrates BIGO’s commitment to better lives through education and contribute positively to the communities in India. 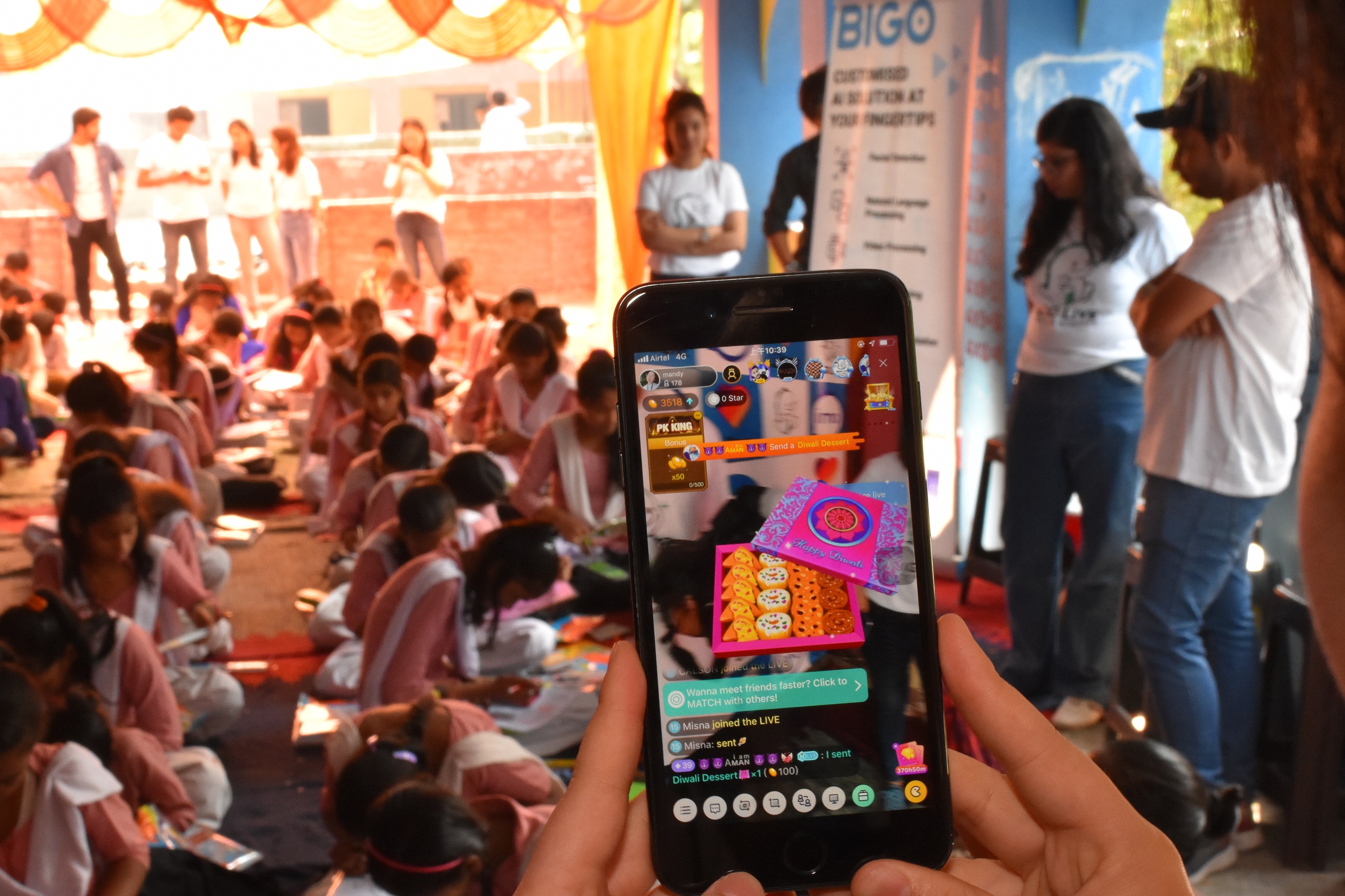 Mike Ong, VP For Government Relations, BIGO Technology said, “BIGO has had a fantastic journey in India and we want to further strengthen our efforts in the country by contributing back to the society through various education focused initiatives. One of our prime focus is to improve the reach of education related resources, especially to the underprivileged communities, which was why we launched the education channel on Bigo Live.” He further added that “For the joyous occasion of Diwali we hope that we have done our part to nurture the spark of learning in the next generation through meaningful programs like #joyofgiving.  ”

Mr. Zuber Khan, Director, Sakshi NGO said “BIGO’s contribution brings a fun aspect to the lives of our 400 underprivileged children. The gifts while small for the company, have a big impact in encouraging the children to keep learning. Now they have the tools necessary to keep education alive.”

Throughout 2019, BIGO has been working to positively impact the lives of its Indian users. Recently, Likee (a short video creation platform by BIGO) launched #Likeedreams to provide training in professional video making skills to underprivileged talented youth, and started the #IAMINDIAN campaign in August which rallied Indians to express their love for the country by creating a video while waving the Indian flag through the Likee app. #IAMINDIAN campaign won the Guinness World Award for creating the largest online video album of people waving a flag in India. Bigo Live (a live streaming platform by BIGO) also launched an education channel that can be freely accessed across India. The channel has since emerged as a valuable resource for a large number of Indian subscribers who are learning soft skills, English speaking skills and more via the channel to improve their communication skills.

BIGO has seen exponential growth since its launch in India, and as a group, it has over 400 million monthly active users globally. BIGO Technology’s Bigo Live and Likee platforms are already popular among the Indian youths. Also, as per the recent report (sensor tower), both Likee and Bigo Live have been listed among the top 10 most downloaded apps across the globe.

BIGO is a fast-growing Singapore technology company established in 2014.

Dedicated to creating a better-connected world for everyone, BIGO provides a portfolio of video broadcast and VoIP related products and services powered by advanced Artificial Intelligence (AI) technology. The major products include BIGO LIVE, Likee (Formerly LIKE video), and imo, and the company group now has over 400 million monthly active users in over 150 countries.

To enable people to showcase, discover, and stay connected, BIGO is devoted to continuously innovating its AI capabilities, allowing our users to enjoy a positive, healthy, and creative online environment.

At present, BIGO has 5 R&D centres, in Singapore, U.S.A., Middle East, India, and China, and over 20 offices around the globe.