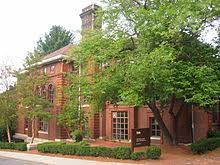 Mr. Mahindra, whose father Harish Mahindra (F’46) was Fletcher’s first graduate from India, is one of the world’s most influential industrialists over the last half century. Under his stewardship, over the course of four decades, The Mahindra Group has evolved from being a steel trader into a highly diversified global conglomerate with operations across two dozen major industrial sectors – including renewable energy, agriculture, information technology, aerospace, real estate and education, to name a few. Headquartered in India, Mahindra employs more than 250,000 people in over 100 countries.

Known for his pioneering leadership on the issues of climate change, sustainability and social responsibility, he transformed the way business leads on global issues and how business leaders advocate for global change with governments and international organizations.

Mr. Mahindra integrated best practices in social responsibility into his firm’s operations long before it was fashionable to do so.  In 2020, Forbes named Mahindra & Mahindra to its list of the 100 Most Sustainably Managed Companies – the highest ranked Indian company on the list.

With social responsibility a central driver of his business philosophy, he has supported programs in the areas of education, health and environment that maximize social and cultural impact. One example of Mr. Mahindra’s many social change initiatives is Project Nanhi Kali, which has provided more than 350,000 underprivileged girls from rural, tribal and urban areas access to high-quality education, and increased their chances of social mobility and prosperity.

A member of the G7 Impact Task Force, he currently serves on the Board of the UN secretary general’s Global Compact, and is a member of the World Economic Forum’s Alliance of CEO Climate Leaders

He has previously served as co-chair of the B20 Saudi Arabia Women in Business Action Council, the 2018 Global Climate Action Summit, the 2014 World Economic

Forum India Economic Summit and the 2009 World Economic Forum. In addition, Mr. Mahindra has served on the Global Board of Advisors of the Council on Foreign Relations.

Mr. Mahindra has been recognized as an exceptional leader and visionary throughout his distinguished career, having been named to Barron’s List of Top 30 CEOs worldwide and Fortune Magazine’s list of the World’s 50 Greatest Leaders. He is considered one of the top global CEO influencers on social media, with a Twitter following of nearly 9 million.

Given the essential role business plays at the heart of Fletcher’s interdisciplinary curriculum, this event will be an opportunity to hear from one of the world’s most inspirational industry leaders, and one who shares Fletcher’s vision of working toward a more just and peaceful world.

The Fletcher community looks forward to welcoming Mr. Mahindra to our Class Day Ceremony on Saturday, May 21, 2022.

Fletcher is located on the campus of Tufts University in Medford, Massachusetts. Medford is a compact, easy-to-navigate city just six miles from Boston, and just a short walk to Davis Square in Somerville. Fletcher’s academic philosophy is built on the belief that students are best equipped to determine what specific knowledge, skills, and competencies they need to succeed. Each student’s individual course of study is customized to fit particular interests and career objectives.

With more than 175 courses and 22 fields of study (including a self-designed option) offered each year, Fletcher students rarely chart the precise same academic path. The options at Fletcher are as diverse as the interests and aspirations of our students.

For more than 85 years, The Fletcher School at Tufts University has worked to educate and prepare individuals for positions of national and international leadership and influence. Fletcher’s programs and curricula are curated and taught by international relations practitioners with lifetimes of experience — not only in the classroom, but in the field.