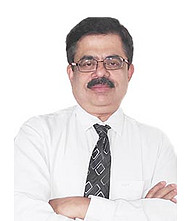 It is a well-known factor that film and sports celebrities form the influencer group in society both in US and in India. When international boxer Mohammed Ali developed Parkinson’s disease and Super Man star Christopher Reeve had spinal injury with Paralysis both evinced interest in the disorder among common people and the scientific fraternity in the quest for better understanding and treatment of the condition.

In India in recent past two film celebrities Ms Yami Gautami and Ms Samantha Ruth Prabhu made open they being affected by Keratosis Pilaris and Myositis sometimes seen by dermatologists since most celebrities approach their Skin Physician has it is very important for them to establish their beauty and candour with a huge fan following, they have in society.

In this context we herewith discuss Keratosis Pilaris which is commonly known as chicken skin and has been in focus and attention due to the common public being exposed to the terminology which they probably knew but were unaware whether to seek the attending of a physician or not.

Keratosis condition that causes rough patches and small, skin coloured or red swelling-like bumps on the skin. This condition develops when the skin produces too much of a protein called keratin, which can block hair follicles and cause bumps to develop. The bumps are usually on the arms, thighs, cheeks and buttocks. They’re white, sometimes red, and typically don’t hurt or itch.

The condition is difficult to cure completely but can be managed with medicated creams and occasionally oral medications and minor skin procedures may help skin appearance.

It is known to be a bit more common in females than males but both sexes can be affected and winter exacerbation of the condition is known to occur possibly related to xerosis (dryness) and friction due to extra layers of clothing that occurs in Winter. In fact, worsening of the spiny bumps is known in pregnant and lactating mothers. Improvement occurs as people age but some activity may persist well into middle age when it may fade away slowly.

In some people, mild redness around the spiny red dots or in some pigmentation around the spiny skin bumps can occur which make them seek medical attention. This can occur on the face, cheeks and neck. The condition may coexist with other disorders like Ichthyosis (fish like scaly skin disorder) and Atopic dermatitis (Eczema) and they too get flared up in Winter perhaps showing us grouping of the common drying skin disorders that flare up in certain seasons.

Diagnosis is straightforward for an experienced dermatologist on looking at the spiny bumps in the hair follicular area involving the arms, thighs and trunk of the body and occasionally face and neck. It has to be differentiated from a few other similar disorders that are seen in children like Lichen Spineless and Phrynodermas (Vitamin A and Fatty acid deficiency due to poor diet). An experienced dermatologist will be able to reach a diagnosis with good observation and if required a few diagnostic tests.

Treatment of the condition is based on simple measures like simple emollient creams and keratolytic agents (that exfoliate the outer skin areas), but the condition itself spontaneously can improve as there are seasonal changes from winter to spring and summer. The other treatments are topical retinoid creams (Vit A synthetic derived agents), topical steroid creams for short duration and sometimes oral therapies by oral retinoids are also done.

Also Read: Madhav Reddy talks about his journey at the SP Jain School of Global Management and how it helped shape his career

Minor cosmetic procedures like Microdermabrasion and Laser therapies like long pulsed diodes or pulsed dye lasers have also been tried with some success in certain individuals.

Overall, the condition can be managed with a bit of cooperation from the patient and the doctor with a good explanation of the benign nature of the condition and realistic expectations from the treatment.